I sat in the prep room with my husband as he nervously awaited his vasectomy. The doctor had just come in 10 minutes earlier to explain the procedure and what to expect afterward. I was there as the driver and for moral support but had brought my laptop, fully intending to get some work done while the doctor took care of the business of sterilizing my husband and I waited patiently in the waiting room.

Laptop open, I glanced up at my husband and was about to open my mouth with a “good luck!” when he responded, “Brooke, come on,” motioning for me to follow him.

I looked at the male nurse that was there to get everything ready and responded, “I can’t go back there.” To which the nurse replied, “Of course you can.”

Now, dear reader, is the time when I should explain that I love this kind of stuff. There are times when I think I missed my calling in the medical profession. I’m the one who takes out stitches so that family members can avoid going back to the doctor to get them removed. I get called to extract splinters, look at festering wounds, pop blisters, and examine oddities and growths. True story: my father stuck his hand in a lawnmower when I was merely five years old, chopping off two of his fingers. My mother sees blood and runs (literally runs), so she she ran across the street to the neighbors and called 911, and I, at five years old, wrapped my father’s hands up while we waited for the ambulance.

I closed my laptop and followed my husband and the nurse into the procedure room. Because this is a procedure that most men—and I say “most” since there’s always a chance that a vasectomy won’t stick—only have once in their lives, and men are not great about sharing details, I am here to share with the readers of the intrawebs, in the most non-medical, non-technical, unofficial terms and possibly out-of-sequence events, since I’ve witnessed only one vasectomy in my 35 years of life, what goes down (pun intended) during a vasectomy.

We walked into a room with an exam table covered in sterile paper. Next to the exam table was a whole tray of instruments. The nurse wasted no time getting to work. My husband (whom I will refer to as “The Patient” moving forward so that I sound oh-so-official) was instructed to strip from the waist down and lie on the table. I think most men might be shocked at being so exposed, but I’m sorry, the woman in me had a little moment of glory when I realized men finally had a small glimpse of what our annual exams feel like. So the pants went down, the shirt stayed on, and up he went on the exam table.

Now, ladies, if you are reading this to your husbands, I’m going to stress this. Men, if you are reading this in preparation or to help you decide if a vasectomy is something you’re going to do, this is the part where you should listen. SHAVE YOURSELF BEFORE COMING TO THE APPOINTMENT! Yes, they need full access to your man parts, and that means hair cannot get in the way. The Patient is a rule follower and read all of the instructions prior to coming to the appointment. He came prepared, but had he not, the nurse would have taken clippers and taken care of the job for him. The nurse actually thanked him for shaving. Of course I had to ask how many men the nurse has to shave and his response was more than half. Y’all, be big boys and shave your own pubes for the love of goodness!

The Patient was covered with a big white paper sheet (like the kind the OBGYN gives you to cover your lap during an exam) with a big hole in the middle. This was laid on his lap, with the hole over the groin, and the testicles and scrotum were lifted out through the hole. Now that makes an interesting picture. Remember the iodine? They turned the bulging protrusion coming out of the hole to a strange orange color. Against that stark white paper sheet, the orange tone was magnified, and I kind of couldn’t stop looking…so much so that The Patient made me take a picture so he could see what was so funny. Rest assured, my friend, I will NOT be sharing that picture today. It’s been deleted into the oblivion of the iPhone world, although something tells me the Apple groupies might have that picture in their database somewhere and, when discovered, might get a real shock. But I digress. From there, the nurse stepped out of the room and we were left to wait for the doctor. And since we’re being detail specific, the room itself was pretty chilly. The Patient, coupled with nerves and testicles that were hanging out of a paper sheet, was slightly uncomfortable.

During our waiting period, I’ll fill you in on some of the interesting stories we heard from the nurse and the doctor. This particular urologist and his nurse perform one to two vasectomies a day. A large portion of men never come back to test their samples to see if their sperm are still swimming. Bleeding can be one of the biggest problems post-procedure and can be caused by over exertion. Our doctor actually had a patient that had sex the night of his vasectomy just to prove that he could do it. Newsflash: the dude was in a ton of pain. Their busiest time of year is March and April because many men schedule their vasectomies around March Madness and The Masters. Now, back to our regularly scheduled program…

When the doctor and nurse stepped back in the room, it was right to business. Before getting started, the doctor gave The Patient a testicle screening, which involved lifting each one at a time, feeling around, and making sure there weren’t any irregular masses. Once cleared, the doctor started by injecting two shots into the scrotum—both, I believe, were numbing shots. Based on the look of The Patient’s face, this was the most painful part of the vasectomy. Next, the doctor took a scalpel and brushed it against the skin of The Patient to ensure he was completely numb.

When the numbing was confirmed, the doctor lifted the scrotum, pinched it rather aggressively between his thumb and forefinger to locate the vas deferens, the spermatic chord in the scrotum that carries sperm from the testicle to the wide open world. Once found, he made a single incision in the scrotum. From there, he used a hook-like tool to reach into the scrotum and pull out the spermatic cord. This was held out with clampers, where he cut the spermatic cord in half. After being severed, the end of the spermatic cord was cauterized. I’ve got to say, the smell of the burning cord might have been the most gruesome part of the procedure. The next step was to take silks and dissolvable stitches and tie them around the end of the cauterized spermatic cord. Interestingly enough, the silks that were tied on are made to stay permanently.

Once one side was complete, he pushed the newly snipped cord back into the scrotum. The silks and stitches were left as big long strings coming out of the incision, and snipping them was the last step. This was an odd sight. Next, he injected the scrotum with a shot again and repeated the process on spermatic cord number two. He used the same incision to pull the second cord out of the scrotum so no new cut was made.

Once cord number two was placed back into the scrotum with the silks tied on, he snipped the silks, did a little sewing, and the procedure was finished.

I will say that it was more intense than I expected it to be. The doctor did a great job and is one of the best in town, but it was rougher than I’d anticipated. The cauterizing was also a process that took me by surprise. Had I not seen the procedure with my own eyes, I don’t think I would have been as sympathetic to The Patient’s discomfort post-vasectomy.

My husband (he can go back to “my husband” since he was now in my care) was quite uncomfortable that night as the numbing started wearing off. He was instructed to wear tight-fitting underwear or a jock strap that would keep the boys tucked up close and to keep a cold pack on his man parts for about 48 to 72 hours. Honestly, a package frozen peas or corn wrapped in a t-shirt worked best due to their ability to shape around such an uneven surface.

I’ll say that the recovery was worse than what I originally thought it would be, but after seeing the procedure, I understood why. He was pretty sore and uncomfortable for about three full days. He couldn’t lift anything heavy for close to two weeks and was told to lay off working out for a full week and heavier workouts for two weeks. Sex could resume after a week, and he’s to return in two months to test a sample to see if swimmers are still lurking about. My husband described it as “the feeling of being hit in the balls as hard as possible,” which basically leaves me zero frame of reference. Having grown up around boys and realizing how sensitive men are when hit in the zone, I’m gonna guess that’s pretty bad.

We are honest with our kids and use anatomically correct language. We didn’t want to freak them out by their very active father suddenly being incapacitated, and we wanted them to understand why they needed to be careful with their dad. The last thing we needed was a rambunctious four-year-old accidentally stepping on his junk. So we explained that Daddy had penis surgery. We explained that they put a small cut in his scrotum and took out a cord. We explained that they snipped the cord and had to sew it up. We explained that Daddy would be uncomfortable and need to have ice on his penis area for a few days but that this was normal and, just like being sick, Daddy would be totally fine in a few days.

Imagine my embarrassment when, upon picking up my child from pre-K on Monday, her teacher let me know that she’d told her whole class, “Daddy had penis surgery and has to have corn on his penis. He has to keep it REAL TIGHT (apparently using hand gestures) and can’t move for seven days.” I’m going to go ahead and guess that might go down in the history books for our precious teachers! Maybe we should invite them over for some pea soup and corn bread to make up for it… 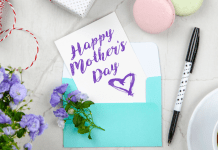 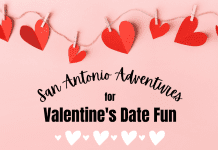 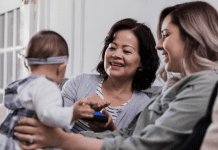 A Letter to My In-Laws