Wondering why you’re seeing dancing, smiling skeletons and marigolds everywhere? That’s because San Antonio not only celebrates Halloween but also pulls out all of the stops for Día de los Muertos. San Antonio is home to the largest Día de los Muertos celebration in the United States. Here’s a guide to the Day of the Dead and how you can celebrate it with your family. 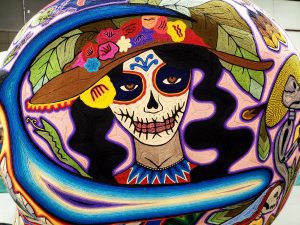 You may have seen the brightly decorated Day of the Dead skulls called calaveras, or catrinas, finely dressed skeleton women (catrins are the male skeletons), featured on everything from handbags to kitchen wares in places like H-E-B or Target. And you’ve probably seen the smash Disney children’s film Coco, in which a young boy, Miguel, finds himself in the colorful land of the dead where he learns about his family heritage as his town prepares to celebrate the holiday.

But what is Day of the Dead, or Día de los Muertos? And why is it celebrated in the U.S.?

Día de los Muertos, often shortened in the U.S. to Día de Muertos, is NOT an extension of Halloween. The two holidays have nothing to do with each other, but because of timing and skeletons, people often think they are related. 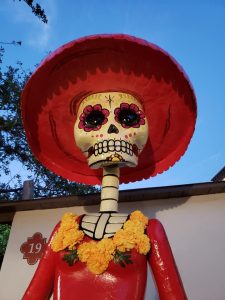 Many of the Day of the Dead traditions you’ll see in San Antonio come from Mexico, where families gather to pay tribute to their deceased loved ones. Festivities stretch over two days, November 1 and 2, with the former set aside as Day of the Innocents or Day of the Little Angels, a day to honor children who have passed, followed by Day of the Dead, which honors departed adults.

The tradition can be traced to the rituals of the Aztec, Toltec, and Nahua peoples and was later combined with Catholicism brought to Mexico by the Spanish conquistadors. Sadness or mourning of the dead at that time was considered disrespectful. Instead, the holiday becomes a time of love when families remember, reflect on, and celebrate those who have died.

Día de los Muertos is a festive holiday celebrated across Latin America including the Caribbean. It has a growing presence in the United States, especially in California, Arizona, and Texas—all states with larger Latino populations. 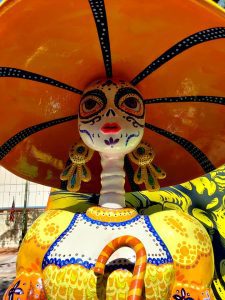 In San Antonio, the holiday comes alive with parades and celebrations where people dress up as catrins and catrinas, skeletons in brightly colored, fancy clothes and hats. People also paint elaborate designs on their faces similar to what you see on calaveras, or sugar skulls.

What’s wonderful about celebrating Day of the Dead is that it’s a time to share your memories of someone you’ve lost. It’s a time to highlight what the person loved to do, their favorite foods, and what made that person unique. It brings families together and replaces mourning and sadness with love and joy over a life well-lived. You can teach your children about their grandparents or great-grandparents as well as others on your family tree.

How can you observe this beautiful holiday?

If you somehow haven’t seen Coco, snuggle up and watch it with your kids. It’s a terrific way for them to understand the holiday, and for kids who are scared of skeletons, it can completely change their view. You can also check out Book of Life, the 2014 animated movie that also gives a good overview of Día de los Muertos. Then read more about how one family celebrates the holiday.

You can also build an altar at home with your family to honor a deceased loved one. 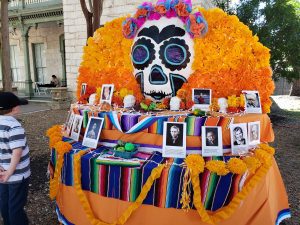 Building an altar is easy and can be as simple as a table set up with photos of your loved ones and an offering of the foods and drinks they enjoyed. Involve your children in building the altar—it’s a good time to talk with them about beloved family members, and they can help gather items for the altar.

Traditional altars, or ofrendas, are often set up in three tiers representing the land of the dead, the land of the living, and the land of saints, or heaven. They also usually include items that represent the four elements of life: air, earth, fire, and water. You can add candles to represent each loved one; water to quench their thirst after the long journey; pan de muerto, known as the bread of the dead, to feed them; orange or yellow marigold flowers to help them find their way back to the living; and papel picado, which symbolizes the wind. 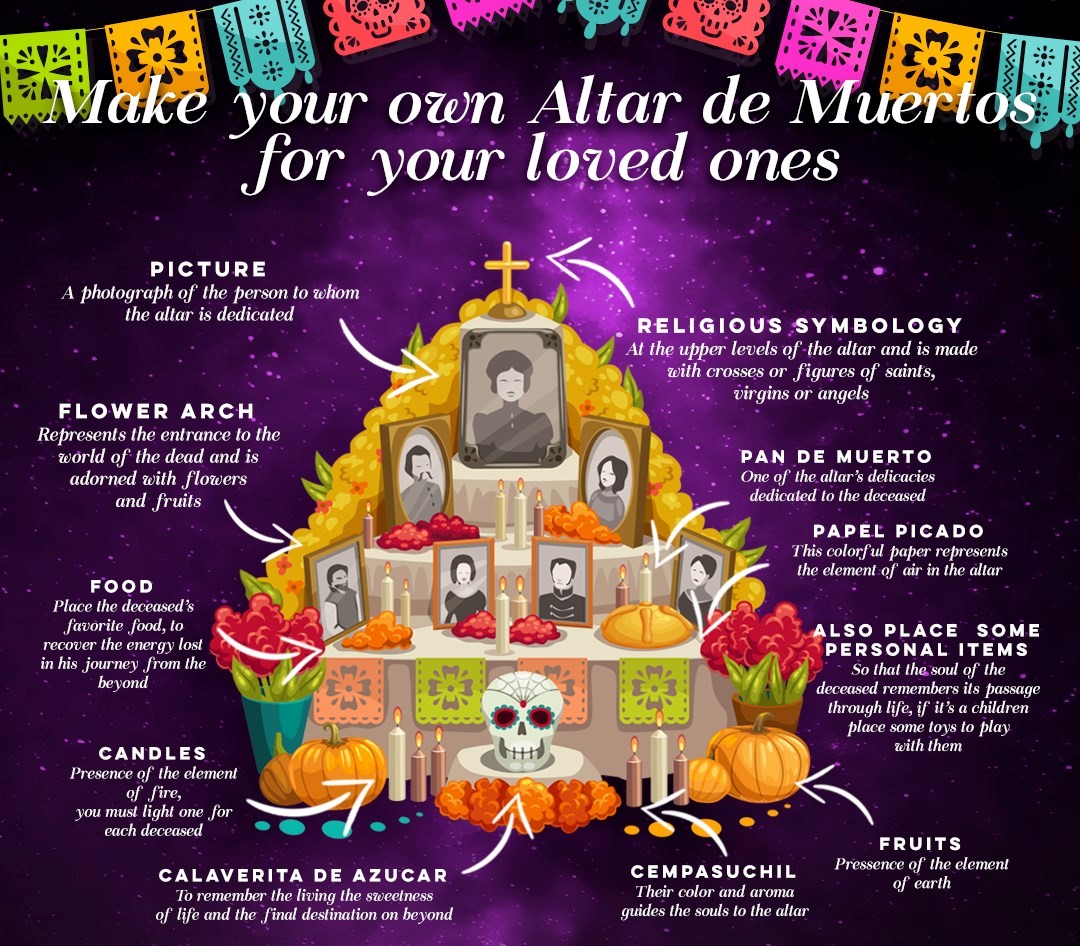 Want to make your own altar? Learn more from Marisa. And get some pan de muerto, bread of the dead, for your altar and for everyone to enjoy.

You can also join in celebrations across the city. A few great events to check out include:

Día de los Muertos is not a somber occasion; it’s a time to celebrate, remember, and of course, have fun! 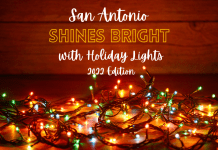 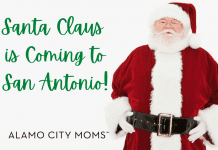 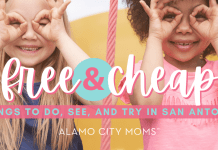