Colorful and whimsical calaveras, those smiling sugar skulls, are seemingly everywhere this time of the year. Those and the well-dressed catrinas, the also smiling skeletons, are a sure sign of Día de los Muertos, or Day of the Dead.

I have to admit that if you had asked me a dozen years ago to explain the Mexican tradition I would not have known how. But that changed in 2008. My sweet baby brother Todd died that spring after a short battle with cancer. He was only 25. My family was devastated. The pain and grief were all-consuming.

By the time the kids went back to school and the days began to get shorter, my younger sister, Tiffany, and I began to dread what was normally a joyous time: the holidays. How could we possibly get through them with the now empty seat at the table?

We found the answer in Día de los Muertos, which is celebrated November 1 and 2, days that coincide with the Catholic calendar’s All Saints Day and All Souls Day. In the Mexican tradition, families, and friends honor and celebrate the lives of those loved ones who have passed on to the next life, rooted in the belief that death is not the true end but merely an end to the current life.

We’re part Mexican, but we didn’t celebrate the holiday or hold those beliefs.

I hated focusing on the loss. I wanted to hang tight to the memories that helped me remember my brother and who he was in life. He was funny, a real prankster, and generous with his time and limited college money. He believed there was no reason to eat a slice of pie at Bill Miller’s when you could order the whole thing for yourself. And at 6′ 8″, he stood out in a crowd and was quick to offer a hug or a hand to help.

Day of the Dead celebrations often include a procession or party, but two key elements that were easy for us to adopt were the home altar and pan de muerto, or bread of the dead. We did our research and learned all we could about the tradition and then we built our altars. Building altars in our respective homes allowed us to look back and celebrate instead of mourning.

Jump ahead to today, and I now look at my seven-year-old. It’s easy to get lost in thoughts of sadness about all that my brother missed out on and all that my son will never know. But the 2017 Disney smash Coco brought the lively and fun tradition to children all around the world, making it a good place to start with your own children. Plus, the main character, Miguel, reminds me so much of my son!

So how do you talk to your children about Day of the Dead, especially at a time when skeletons and Catrina-themed papel picado are everywhere? And how can you involve them in your own celebrations?

If you want to see the traditions of the holiday truly brought to life, make time to attend a Día de los Muertos event. Day of the Dead San Antonio is a new citywide celebration that includes the first-ever Dia de los Muertos river parade. The Catrinas on the River Parade will illuminate the San Antonio River with the spirit of the Day of the Dead on November 1. The Day of the Dead San Antonio Festival will fill La Villita with tradition, celebration, and remembrance November 1–3. The children’s area includes sugar skull making, arts and crafts, puppet shows, and piñata making (and crushing)! There’s even a 5K that winds through Mission Park Funeral Chapels & Cemeteries South, filling the cemetery with life and celebration just like in Mexico. The run-walk includes a children’s 1K, so it’s a family affair.

No matter how you celebrate Día de los Muertos, make it part of your family traditions. What I love most about Day of the Dead is that it’s rooted in love. It’s about culture and food and brings people together. Most importantly, it’s about family! Hug your kids and appreciate life while at the same time celebrating and remembering those who have died. Your kids are never too young to know their family’s roots.

An experienced storyteller and editor, Tricia Schwennesen has been the associate editor at the San Antonio Business Journal and an award-winning web producer and news editor at Texas Public Radio. She also worked for her hometown newspaper, the San Antonio Express-News, for 10 years. A proud graduate of the University of Oregon, she is also a former Knight Fellow at the University of Missouri and a member of the San Antonio Association of Hispanic Journalists and the Unity: Journalists of Color Mentorship Program. A San Antonio native who first stepped into a newsroom at San Antonio College’s The Ranger, Tricia has dabbled in photography, enjoys scrapbooking as a form of personal storytelling, and can’t live without her son, Teodoro, and a good cup of coffee. 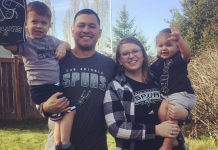 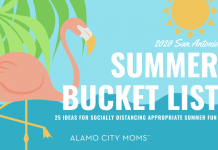 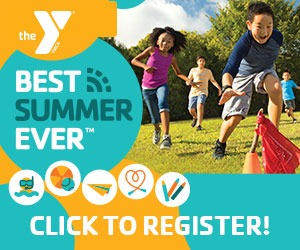