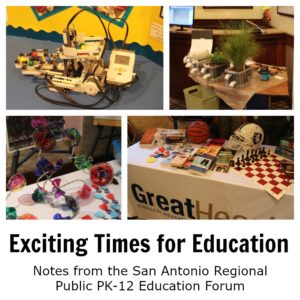 It’s an exciting time to be raising educated children in San Antonio. That’s what I learned at the San Antonio Regional Public PK-12 Education Forum at the Pearl Stable last month.

On April 21, 2016, a group of state and local education leaders held a panel discussion to talk about current challenges. They also presented a picture of a brighter future ahead, with more options for students to receive college-preparatory education. If recent developments continue, students in low-income families will get better access to high-quality education. That will give them the opportunity for brighter futures and has the potential to collectively boost the economy in our city. As parents, we will need to be on our toes to navigate the new possibilities. 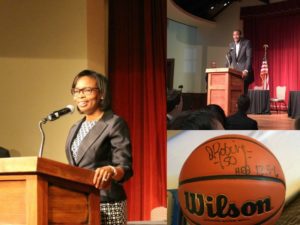 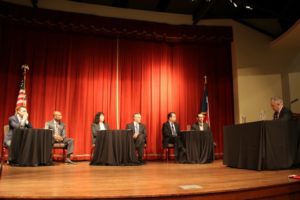 The panelists did not always agree on the best ways to improve PK–12 education in San Antonio, but they all shared a sense of optimism. Larson compared what is happening now to what was happening 15 or even five years ago. “People are moving to San Antonio for the purposes of participating in education reform. Low-income children of color are performing at top levels. There are new sources of major philanthropy for education.” Larson also cited new schools and programs that have recently come to San Antonio: IDEA Public Schools, BASIS, Great Hearts, Carpe Diem, Teach for America, and PreK4SA. “There is so much going on and so much momentum,” he added.

In addition to these new school options, there is also new leadership at established institutions. Martinez joined San Antonio ISD less than a year ago and has already set aggressive goals. “Even if we don’t meet all the goals, we need to try,” he said. Martinez stressed the need to better serve students in high-poverty neighborhoods by having great teachers and leaders and offering more instruction time. 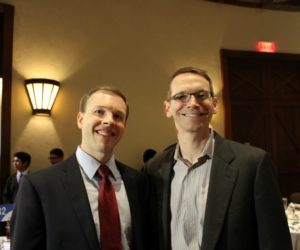 Morath (pictured here with Steve Lechelop, a San Antonio ISD board member), who began serving as Commissioner of Education in January, shared his goals of supporting teachers, figuring out whether schools are improving or not, and encouraging different types of schools to engage in “co-opetition”—a portmanteau of “cooperation” and “competition.”

What does co-opetition look like from a parent’s perspective? From birth, we are constantly navigating choices for our children, including how to educate them. Last year, the Alamo City Moms Blog contributors wrote a series about our experiences at different types of schools: public, public charter, private, homeschool, and special education. There are many paths that lead to the goal of raising educated children. As parents, we know our children’s strengths and have an interest in enrolling them in the best schools available to us on our budget.

It’s a fact that some families have bigger budgets than others. When you were buying your house, did you ask your realtor to show you properties in neighborhoods with good public schools? Larson pointed out that many families in San Antonio don’t have the means to make choices like that. Likewise, choosing private school or homeschooling can mean a financial sacrifice.

Co-opetition means that, even as new school options are opening, existing schools will also be making dramatic changes to serve their students better. If we want all children in San Antonio to have the opportunity to succeed, then even the families in the poorest zip codes—especially the areas just east and west of downtown—need access to high-quality public education. Morath stated, “The goal is to ensure that the next generation of Texans has a better life than we do.” 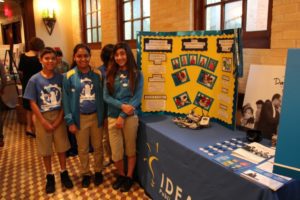 How do we achieve the goal of access to good schools for all students? Martinez, describing San Antonio ISD, said, “We have pockets of success,” citing Young Women’s Leadership Academy as an example, but added, “nobody has figured out how to do that at scale.” Blount emphasized the challenge for Northside ISD to educate the many students who are refugees or other English-language learners. Torkelson, however, insisted that closing the achievement gap is fixable at scale, noting that public charter schools including BASIS, IDEA, and KIPP have earned top spots in recent Washington Post and U.S. News & World Report rankings of the nation’s best high schools. The problem is serious: students from wealthy families graduate from college at a much higher rate than students from poor families, and that just pushes poverty onto the next generation.

Rivard wondered how much money it would take to bring those successes to scale. Torkelson, citing the book The Smartest Kids in the World (each attendee got a copy), argued that schools are not making efficient use of the funds they already have. He proposed that, with larger classrooms and personalized learning technology like Reasoning Mind, skilled teachers can help more students in a cost-effective way. 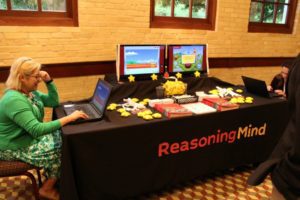 Morath described a broad vision about how to expand success. The first step is to improve governance, by looking at who is in charge, and examining whether they are working for the kids—or if they have a different agenda. Morath is looking for leaders who care more about outcomes than process. Next, scaling success depends on growing the pool of human capital: teachers and principals. In the classroom, more differentiation will help address the needs of students who have fallen behind. Finally, schools need to expand their scope, and look at ways to educate children whose basic needs are not being met.

Regarding human capital, Martinez noted that 60% of teachers in Texas come from alternative certification programs, including Teach for America. Also, the district has a partnership with Trinity University to establish schools, such as the new advanced learning academy, with a residency model, which allows new teachers to train with experienced teachers. Larson explained that KIPP San Antonio hires half of its teachers from outside San Antonio because higher education programs in San Antonio are not graduating enough new teachers to meet local demand. KIPP San Antonio is adjusting its extended-school-day model to be more sustainable for teachers, while maintaining high results. Also, school leaders provide ample professional development and coaching, with classroom observations every two weeks.

Expanding the scope of education includes reaching students when they are younger and getting them prepared for Kindergarten. Mendoza shared how, since opening its first centers in August 2013, PreK4SA has served thousands of students directly and provided professional development to seven partner districts. PreK4SA recently announced $4.2 million in grants to early childhood centers that offer high-quality, full-day education to four-year-olds; those grants which will reach 4,200 students and public and private centers. At the state level, Morath described an early childhood education grant program that Governor Greg Abbott signed in 2015.

As mentioned earlier, Morath believes in the value of assessments to figure out whether or not schools are meeting their improvement goals. Standardized testing (and whether to opt out) can be stressful for families. Rivard criticized the phenomenon of public schools teaching to the test, but praised Great Hearts for keeping arts in the curriculum. Morath noted that Great Hearts is a public charter school and still administers standardized tests; they get excellent results on state assessments without teaching to the test. 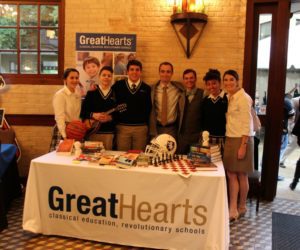 What are the lessons from the education forum for parents who are navigating this new world of school choices? It starts with being an advocate for your own children. You can work with your neighborhood school to make things better. Also, you can inform yourself about other options by exploring the school search page at Families Empowered. What type of school should you choose? Blount praised Go Public for spreading the word about bright spots at traditional public schools. However, Torkelson advised policy makers to “be agnostic about the model.” That’s good advice for parents, too.

In addition to being advocates for our own children, parents can also advocate for better education for all children in our city. You can stay informed about what’s happening at your neighborhood schools and in our region. Also, you can be a person who votes; get tips in this post about last year’s mayoral election. Once you know who your elected representatives are, you can sign up for their newsletters, follow them on social media, and meet them at neighborhood events. When an issue comes up that you care about, call or write to your representatives to share your point of view. 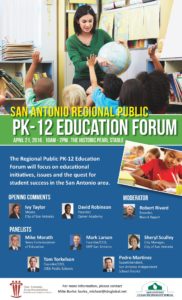 I agree with Torkelson that there are many reasons for optimism. Martinez stated as a goal that San Antonio ISD will join the ranks of great school districts, and that a great city like San Antonio needs a great school district at its heart. From his vantage point in Austin, Morath said that he has seen a compelling vision for improvement in San Antonio. He supports what San Antonio leaders are doing to increasing access to high-quality education, and believes it will change lives. For families and for policy makers, this is indeed an exciting time to be involved in education in San Antonio. 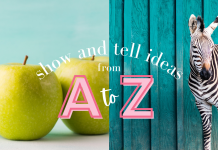 Show & Tell Ideas from A to Z 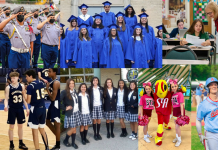 The Advantage of Catholic High School 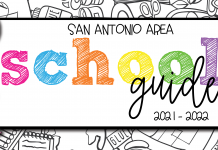 Anastasia - November 30, 2021 0
If your family enjoys a visit with Santa Claus during the holiday season, now is the time to check our list twice to see...