The year was 2002, and my college roommates and I sat around our dorm room talking. Eventually the topic turned to what would happen if we ever got married and caught our husbands having affairs. The answered ranged from chasing the other woman down to cutting his penis off, but the overall theme of the conversation was that we’d never stay married to a man who couldn’t be faithful. The emotions and mental tenacity of those naive young women rang through my head 15 years later, when I was faced with indisputable proof that my husband had, in fact, had sex with more than one woman while we were married.

It is easy to say you’d leave if you found out your spouse was cheating on you, unless you’re in the situation yourself. For me, the reality was that when I found out, I had been a stay-at-home mom for years, with family on the other side of the country. I felt completely powerless to do much of anything, and when I confronted my husband, he denied everything. With nothing much else that I could actually do at that point, I pretended that it had never happened and just kept moving forward. As any good therapist will tell you, that strategy never works. A few years later, our marriage was in tatters when he finally admitted to having had several affairs throughout the 13 years we were married.

When he admitted his affairs, it was almost as if I was outside my own body watching everything play out like a movie. What will the pathetic, scorned wife do? Who were these seductive mistresses who had led the otherwise devoted husband astray? When I got my voice back, the first question I asked was “were they prettier than me?” followed shortly by “do you love them?” His reply was, of course they weren’t prettier than me, of course I don’t love them, but of course by that time I was too distraught to hear. Now, 2 years later, here are the lessons that I’ve learned that I hope may help any of you finding out about your spouses’ infidelities.

1. Learn to trust your gut.

It’s taken me years to find out the full extent of my (now ex) husband’s infidelities, but what I’ve learned is that every gut instinct and intuition I had was right. I let myself be talked out of those intuitions, but I will never do that again. When you have a gut instinct about something, it’s usually right.

2. Your looks have nothing to do with it.

Halle Berry was cheated on. So was Elizabeth Hurley, who was rated as one of the most beautiful women in Hollywood. People who have affairs do so for their own reasons that have nothing to do with you, and your looks truly have nothing to do with it. Also, no matter what he says, it’s not your fault. Your spouse had many other decisions he/she could have made before choosing to cheat.

3. What you choose to do after finding out is your decision alone.

I stayed for a few years after finding out about the first affair. I eventually filed for divorce, but I’ve known couples that have stayed together after affairs, and some have remained married for many years. If you choose to forgive your spouse, that’s great. If you choose to leave him/her, that’s fine too. Every situation is different and so is every decision.

4. You will need a therapist.

After affairs you’re left with 2 options: forgive or move on. Both are tremendously difficult and, in my opinion, require professional help. I did not seek professional help after the first affair, and stuffing it under the rug didn’t work. I did choose to file for divorce after finding out about subsequent affairs. Learning to start over as a single mom again has been hard, and my therapist helped so much. Dating again and learning to trust men has also been difficult, and my therapist has helped me navigate that as well.

5. There are more people that can relate to you than you realize.

I have been very open and honest since my divorce, although I have not outed my ex-husband ‘s infidelities. Just speaking about filing divorce has made people open up to me about their affairs or their spouses’ affairs. They are certainly humiliating and devastating, but you aren’t alone in experiencing them.

Finding out about your spouse’s affair(s) is something I wouldn’t wish on anyone, but it’s something that many moms have experienced and survived. 2 years out of that experience, I’m so proud of myself and the life I’ve made. It can be the same for you, too. 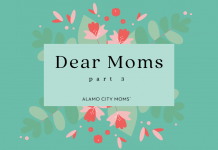 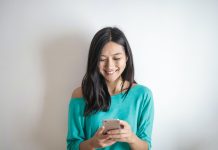 10 Texts To Send To Your Friends This Week 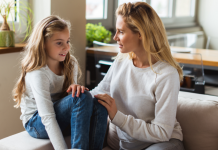 The Explosion of Life Lessons