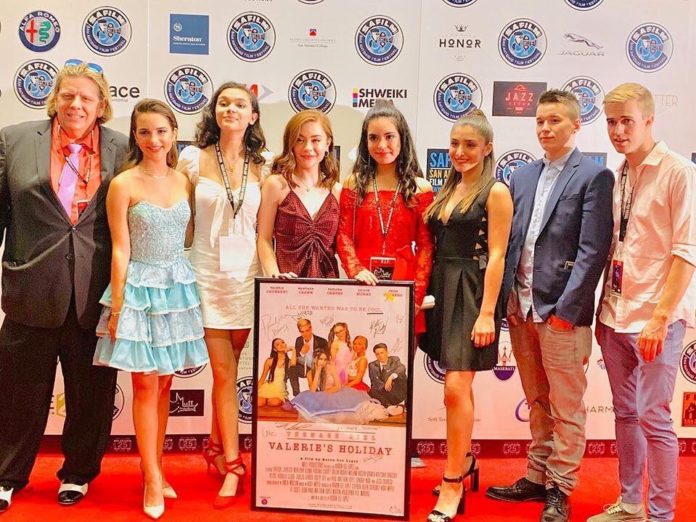 Being yourself can be one of the hardest things in the world, especially for kids. 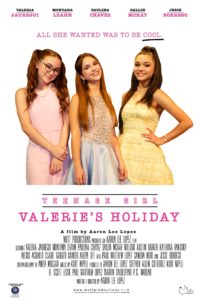 And when you’re ridiculed for simply being who you are, it’s even harder.

It’s a situation many of us are all too familiar with, which is why San Antonio writer/director Aaron Lee Lopez wanted to make a film about it.

Lopez, who’s worked on shows such as NBC’s Parenthood and Friday Night Lights as well as blockbusters The Hangover and Transformers: Age of Extinction, not only wrote the script and directed the movie, he filmed it here in the Alamo City at Providence High School.

Lopez, who’s greatly influenced by the late writer/director John Hughes and Hughes’s teen movies of the ’80s, said, “[Hughes’s] films have always fascinated me and influenced me throughout my life.” And the nods to John Hughes are all over Lopez’s latest award-winning film, Valerie’s Holiday.

It’s a fun, poignant project that not only covers a teen girl’s stressors of simultaneously wanting to fit in and stand out but also how the adults around her can positively influence her journey to deciding who she really is and wants to be.

The film centers on high school sophomore Valerie Perez (Valeria Jauregui), who is tired of standing on the sidelines when it comes to high school hierarchy. She’s done being pushed around by the popular crowd, specifically mean girl Scarlet (Morgan Leann), and being invisible to her crush, Tommy (Dallin McKay).

After watching a show about people switching identities, Valerie hatches a plan. With the help of her best friend, Freda (Paulina Chavez), our heroine successfully reinvents herself as her fictitious twin sister from California. Arriving back at school on Monday, she’s given herself a new look and a new attitude, and has finally caught the attention of the most popular boy in school. The bullying stops and all is right with her world, but as we all know, even with great plans, there’s always a catch. Valerie quickly learns that there’s more to popularity than meets the eye and discovers it might not be as great as it sounds.

“It was cool to be a part of this project,” Valeria Jauergui told me at the San Antonio Film Festival. “And to film it with my friends (Paulina and Morgan) was great too.”

Although the story may sound like many you’ve seen and read before, finding how to be true to yourself, even when others can’t appreciate or even understand it, can be a struggle, which is why Lopez’s script not only brought the character Valerie though her journey, but also changes the perception of the popular kids, Tommy and Scarlet.

Dallin McKay, who plays heart-breaker Tommy, told me, “This kid looks like he’s got it all figured out, but he realizes very quickly, that he doesn’t. When he wants to change, that doesn’t go well with the people around him.”

“I think we did a good job at making sure that the audience understood the bullying aspect. Especially when the lead bad girl Scarlet, played by Montana Leann, talks about a girl committing suicide,” Lopez adds. 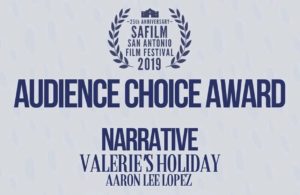 Nori said she really enjoyed being part of this amazing project, playing the principal “differently” than in many other teen movies you’ve seen. “I wanted to be more of a guide,” she explained. “To listen and hope they go in the right direction, not tell them what they should do.” Nori, who waited until the SA Film Festival to see the movie, said, “I like to be surprised, and I [couldn’t] wait to see the film.”

Playing the savvy Mrs. Brown, seemed like a natural fit for singer Ute, but this was her first acting gig. “I really like challenging myself. and since the challenge for me to act in the movie was something new, I couldn’t resist the temptation. I just had to take the opportunity.”
She not only acted for the film but also sang “I’ll Stand by You” for the soundtrack—a powerful song to bring home a powerful message.

“Treat each other the way you want to be treated,” Ute added. “There is always someone or somebody out there that thinks that it’s fun or necessary to bully or belittle another person. But it’s pretty clear that those kinds of people are very unhappy with themselves. So, what do you want me to do? Yell at them? Get mad? Nah, I don’t have time for that.”

When asked what he hoped the audiences take away with them after seeing this film, director Lopez said, “I hope that kids will think twice about bullying other students.”
Although Valerie’s Holiday is awaiting distribution, you can help spread the word and support their anti-bullying campaign which is based on an epic line from the janitor, Carl (Paul Matthew Lopez): “Being cool ain’t everything. One day, you realize that none of it matters. [It] only matters what on in the inside: your heart.”

To stand up for the anti-bullying message, simply write #YourHeart on a piece of paper, draw a heart around it, and post it to your social media.

The #YourHeart campaign has been noticed by actor Danny Trejo and many others.
For more information on Teenage Girl: Valerie’s Holiday, check out their Facebook page or Mutt Productions. 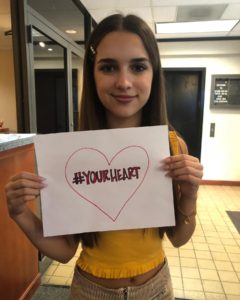 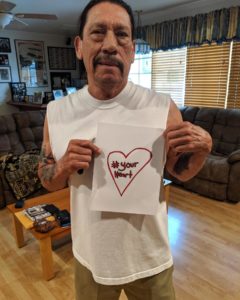 *No financial compensation was given for covering this project. 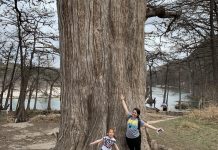 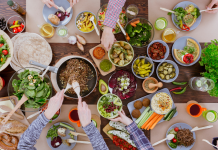 Flexitarianism: Eating to Save the Planet 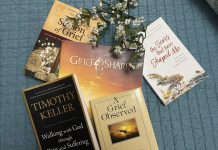 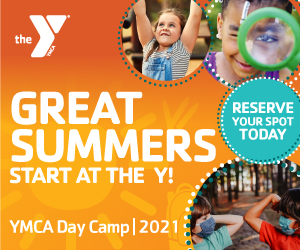 Yoga on the Lawn