Earlier this year I stumbled upon an article in Literary Mama so engrossing that it provoked a strange theory I’m still contemplating.

The article, written by author Beth Winegarner, is titled “Birth Meridian” and dives into the author’s curious obsession with survival during pregnancy. More specifically, survival from harsh, often brutal circumstances. It started with No Country for Old Men by Cormac McCarthy, a book that revolves around a drug deal gone wrong. It’s a thriller with plenty of violence, murder, and corruption. After finishing No Country the author moved on to other books by McCarthy like The Road, a post-apocalyptic book whose story revolves around the survival of father and son. Eventually the story ends in the death of the father, and the son left to live or die on his own. Winegarner found these books fascinating while pregnant, but hasn’t been so entangled with this genre since. She claims, though, these books may have prepared her, in a way, for the parts of birth that force you to push through, despite the chaos ensuing around you.

After reading Winegarner’s article I looked up from my computer with a sort of dumbfounded, open-mouthed gaze. I never previously made the connection, but I too held a strange obsession with survival while pregnant.

I’ve always enjoyed thrillers, or a good mystery, but around four months pregnant my free time consisted of eating, napping, and binge-watching crime shows/documentaries. I don’t know exactly what prompted this newfound obsession, but it’s a large part of what I watched while pregnant.

It was usually in the mornings, when my husband was at work, and my oldest son was in Pre-K. I was supposed to be writing. But instead I’d open a new tab beside the two sentences I just wrote, and feeling accomplished, I’d reward myself with about two—OK, maybe four—episodes of a crime story on YouTube. I took a liking to unsolved crimes because I enjoyed creating my own theories. I’d do research on the victim and plot how they might still be alive, how they may have outsmarted their attacker, or how they may be waiting, somewhere, for a rescue. I’d research the attacker as well, trying to figure out why they did what they did and what their life was like. How did other people see them? The research was an obsession in itself.

I haven’t been so fascinated with these stories since pregnancy, and it wasn’t until I came across Beth’s article that I made the strange connection. I wonder if any other mothers acted on a similar curiosity.

There’s so much beauty in birth, but there’s also a lot that’s pure survival. Was my newfound obsession with crime preparing me for the aspects of birth that require a certain level of endurance?

I had those moments. We all do. Lying down with stitched-up wounds, I grimaced as a woman pushed on my tender stomach every two hours. I hadn’t slept in more than 24 hours and still managed to feed my baby from my chapped nipples. Earlier, my attempt at an “all natural” birth didn’t go as planned. I was hooked up to wires, and if my body didn’t start dilating faster my baby could go into distress. The response was primal: cut me open, inject me with that, do whatever you have to do, because I must survive. My baby and I must make it through.

Is it possible that those months of watching the ways in which people survive or push through a circumstance prepared me in some way for the gut-wrenching parts of birth or even the months postpartum? Maybe.

Now I wonder, what type of shows should I have watched to prepare for toddlerhood? 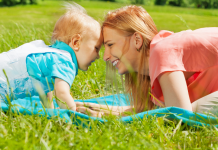 Can You Train Your Brain to Be Happier? Science Says Yes! 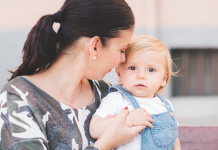 What Every Woman Should Know About CMV 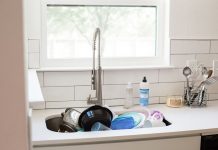