When my two older girls were little, I made an unpopular declaration: We do not buy Halloween costumes.

You see, what kept happening was that by mid-September the girls would “decide” what their Halloween costumes would be. We were on a tight budget, but I did what I could to make their Halloween wishes come true. Sometimes I made their costumes, and other times I bought them.

But inevitably, the day of Halloween came around and it was time to put on the costumes. And they changed their minds. Instead, they went to the dress-up bin and found something there that they would rather trick-or-treat in.

Three years in a row my oldest decided to be a witch. But every year, she would put on her costume, scare herself, and decide to change.

Do your kids do this too? I think the last-minute costume change is a pretty common thing. But for me, after spending precious money or precious time on their planned costume, it was very frustrating.

I never wanted to force them into their planned costume. Halloween was meant to be fun. So I let them change their minds. But after a few years in a row of this, I made the rule: No buying Halloween costumes.

We already had a healthy stash of princess dresses and unworn costumes from past years. So from then on, I told the kids that Halloween was up to them. They could choose from what we had, make a costume from what they could find around the house, or spend their own money to buy one.

My hands-off approach to Halloween costumes has worked pretty well for us in recent years. One of my girls likes to use birthday money to buy a costume. And guess what? She sticks with it since she invested in it. One of them likes to be last-minute and fish around the house for something to wear. And she always looks adorable.

If you are like me, and you don’t have the budget for all new costumes every year, or you don’t want to spend the money, there are lots of ways to make sure your kids are happy with their costume.

Like I said already, if your kids happen to have their own money, encourage them to use it for their costume. They might discover that they don’t value a new costume as much as they thought they would. They might find that dressing up in all black and being a spy—for free—is suddenly very appealing.

Or find another family and have a costume swap. Bring a bag of previously worn costumes or dress-ups to their house and trade. The kids will have fun going through the other family’s stash and finding something that suits them.

My third child always has funny ideas for Halloween, and since she wasn’t really old enough when her sisters were sabotaging my Halloween plans, I’ve given in to her a little more. She always follows through with her ideas.

My favorite was one year after we had been to Colorado that summer and she fell in love with the mountains. So that year, she wanted to be a mountain for Halloween. The next year we traveled to New York City, and that year, she was the Statue of Liberty. The mountain was all homemade, but I did buy her that Statue of Liberty costume. It was worth it. 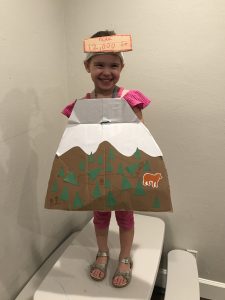 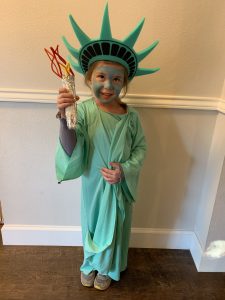 If you want to cut down on your Halloween costs, here are a few cheap (or free) costumes that my kids and their friends have worn over the years:

The point is not to be a total Halloween Scrooge, but to teach our kids that they aren’t entitled to their every whim. And what they’re wearing won’t make or break their fun. That’s something we all need to remember from time to time, even moms. 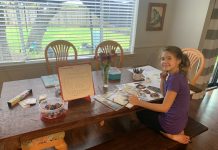 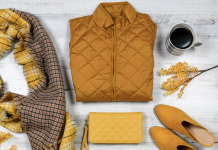 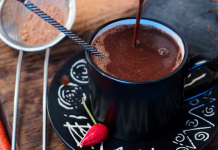 Beyond Pumpkin Spice: Warm Fall Drinks from Beyond Our Border