The whole “it’s not you, it’s me” is annoying. As women, mothers, and spouses, we’re used to the idea of doing anything we can to avoid hurting others’ feelings (which, in general, is a pretty good way to think). However, sometimes it becomes more of a dumb phrase that we use as a crutch (and a total lie) we use to be able to pop in and out of useless or hurtful relationships.

Sometimes, it’s not actually you. Sometimes it’s them. Sometimes, the relationship is dead. Sometimes, you’ve outgrown someone. And sometimes—gasp!—that someone might be a mom friend.

Your phone dings. It’s a text from Jane. Jane is an energy sucker and a true Debbie downer. You don’t even have to read the text to know it’s either about a favor she needs from you up at school or a complaint about someone in your running group. You roll your eyes and ignore the phone all together. You’ll deal with it later. But then you don’t. You answer the text. She wants to gossip about someone, and you bite. After the text, you feel annoyed that you texted and again, exhausted by all the negativity. She didn’t even ask about your doctor appointment that she knows you’ve been worried about. You put the phone down and feel more tired than you did at 6:00 A.M. this morning.

I’ve had my fair share of breakups, and let me tell you: breaking up with mom friends is one of the hardest. It’s awkward, it’s uncomfortable, and most importantly, it doesn’t happen often enough. As moms, making friends is already difficult. Do your kids like each other? Do your spouses like each other? If the answers are yes and yes, it makes it near impossible to cut the cord. But, it’s those relationships that have either soured or passed their expiration date that seem to suck the most energy out of us. Let us be done with what isn’t good for us. Let’s say that again for good measure: It’s OK to just be done.

Here’s the deal. I learned early on in my adult life that it’s OK to use friendships for what they’re good for. Not use in a bad way, but use as in utilize. To me, this means recognizing a relationship’s strengths and weaknesses. I call certain friends when I want to window shop at the mall for nothing I need and everything I want. We’re super compatible shoppers. It’s fairly surface-level conversation, but it’s fun and light and always a good time. Others, I call when I need coffee and advice. Those conversations usually pick right up from where they left off last time, only to be continued in another month or so. Yet, other friends are amazing happy hour companions and excellent playdate partners. However, I’ve found sometimes we try to make mom friends fit ALL of those categories and we get into big trouble.

Let playdate mom friend be playdate mom friend. Just like we can’t be everything to everyone, they can’t be that for us either. That said, when a friendship has run its course (because that happens more often than having lifelong friends), let it go. There doesn’t necessarily need to be a formal breakup (unless there does). It can phase out, and that’s OK. How it phases out is a whole other ballgame and, honestly, the primary reason we try to avoid the breakup in the first place. But, once you’ve decided the relationship is a dead-end, it actually feels good to let it go.

So, first comes the need to evaluate the relationship. How do you decide if the cord needs cutting? Ask yourself a few questions and try to be as self-aware as you can. Does this relationship feel fulfilling? Are you giving more than you’re receiving? For me, this question looks a little bit like this: When I leave a conversation or interaction with this person, do I feel better? Filled with joy, peace, happiness, respect? Connecting with someone over family issues, snotty noses, or just the desire to laugh about the crazy around you is positive.

As moms, sometimes the joy comes from feeling like you’re not the only one dealing with crazy. Feeling heard and understood brings joy. But, sometimes we get into situations where the fit isn’t right, or we’re the ones having to do all the “hearing” for someone else. That’s exhausting and unfulfilling. But, the other option is not having an outlet, so we often choose to stay in [mom] relationships that are unfair and, quite frankly, boring.

If you want out, here are some options for you to consider:

“You know, Jane, our communication often feels really negative. I’ve realized that it’s important for me to focus on positive things in life. It helps me feel happier throughout the day, and with all the crazy around us, it brings me down if I don’t make an intentional effort to choose happy. I feel like we often get hung up on gossip or what’s wrong in our lives, and I just can’t do that anymore.”

That often will either spur a conversation about the relationship and how to make changes, or that person will find someone else to complain to. You haven’t told her to take a hike, but if she’s unwilling to change her behavior, you will know it and will most likely get fewer texts from Jane. Win-win.

Sometimes what we really need for ourselves is to be less available. What I mean by less available is to create and maintain boundaries around your time. This scares us moms because we worry that a “no” now, will lead to fewer invites in the future. But real friends will be there, and needy friends will find another giver to suck dry. If Jane only calls when she needs you to pick up her kids from school and you’re not available to do that more than once or twice, you will undoubtedly get less calls. Don’t answer the negative texts. Don’t give in to hours spent gossiping. Be less available as a crutch and again, you’ll either change the dynamic or the relationship will burn out as needed.

Just like in parenting, we’re supposed to model behavior we want to see from our kids. In friendships, if you create a different pattern of behavior, it’s either going to help the friendship survive and thrive, or not. An example of this would be a gossiper. Gossipers want you to complain and eye-roll right along with them. But, you have options. Change the subject and practice leading the conversation somewhere else. Just like with kids, this pattern has to be intentional and consistent. And honestly, if this responsibility becomes tiresome, it’s time to move on.

But what about that one who still doesn’t get the hint? She’s relentless and exhausting. Well, that’s when you might just have to bite the bullet and break up. Offer the “it’s not me, it’s you,” which, in mom friendships, looks like this:

You know, Jane, this relationship has started changing for me in a way that doesn’t fit. I think our lives are different enough that we are struggling to connect. Sometimes, differences are what make a friendship great. But for us, it has become something that doesn’t work. I love that our kids are friends, and I treasure how great you are to my child. It’s just becoming obvious to me that we aren’t a solid match socially.

That takes a lot of guts, but it should still be an option because it’s honest and respectful. And the truth is, most people would prefer that to being ghosted. Be done when you want to be done. Find your people and you will enjoy them more. Drink good wine, laugh too loud, and be with people who are worth your time. Life is too short for bad mom friends. 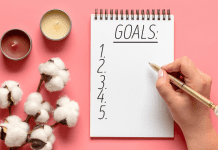 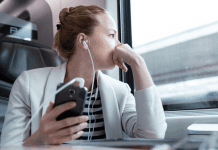