There are plenty of WTH parenting moments, like “WTH is all this pee doing on the floor?” or, “WTH did you do with my keys!?” But lately, I’ve been having a lot of WTH parenting moments in regard to gender roles. I’m going to drop the “F” word here. Stay with me for a second—it’s not the one you’re thinking. Most people describe me as a…f…f…feminist. Wait, come back! You might discover that you may be a feminist too. Take this super quick quiz to find out. I’ll wait.

Oh, good, you’re back! (Even if you don’t identify as a feminist, please stay!)

I consider myself more like a Hermione Granger-Emma Watson type of feminist—as in, let’s not limit our girls OR boys simply because of their gender. But feminism is like religion. There are always some extreme whack jobs that distract and detract from what the real message is, but they seem to get most of the attention and media coverage. Just like there are tons of loving Christians and Muslims, all we seem to hear about is Westboro Baptist Church and ISIS. Feminism is kind’of like that: all you hear about are the hairy, bra-burning, “we need a world without men” feminists.

Before I had children, I thought the pinnacle of feminist success would be to raise a strong, independent young woman. And then I had an epiphany.

I realized that it’s just as important—or dare I say, maybe even MORE important—to raise feminist boys, who respect all humans equally. Because if women lived in a world where they generally felt safe, respected, and valued, would we even need feminism? Probably not.

So, on this journey to raise two young men who respect ALL humans equally, I’ve really had some WTH moments. Sometimes I feel like I’m swimming against the current. What decade are we in?! Here’s a countdown of my top WTH moments.

My sons went through a stage when they were all about Yo Gabba Gabba. We had CDs, DVDs, dolls, and costumes. It was quirky and colorful, and the music was tolerable. And then there was that episode about the good ol’ boys club. OK, it wasn’t called that, but in my head, it was subtly sending the message to our young girls that, hey, sometimes the boys are gonna have their club and exclude the girls, and that’s OK, you’re just gonna have to make your own club. Nope, Brobee and Muno (both boys) don’t need to include their friends Toodee and Foofa (both girls) simply because they are girls.

OK, maybe I was reading into it just a touch. But it didn’t stop there! In another episode, Brobee and Muno pretended to be cowboys and had a showdown while the girls quivered in fear on the sidelines. Oh, thank goodness, the good cowboy won!

And then DJ Lance hit me with a “Save the Princess” song. (Say WHAT?!) Brobee (boy) needs to save Princess Foofa (girl) and encounters wise unicorns and wizards along the way (all boys). From whom does Brobee need to save Foofa? The only character left: the fire-breathing, annoying Toodee (girl). So, if you’re a lady in Gabba Gabba land, you’re either a princess or a fire-breathing beast.

Poor Susan is hit by a meteorite on her wedding day, grows to be 50 feet tall, and is thrown in a jail for monsters and dubbed “Ginormica.” She defeats another monster, Link, at some feat of strength, which is not surprising, given the fact that she is about 20 TIMES LARGER THAN HE IS. Link is still shamed because he got beat “by a girl.” So, having a vaginica must equate weakness. Later in the movie, the Army general also tells a monster that he throws like his niece. Apparently, they are not familiar with the “#likeagirl” campaign.

There has been a lot of talk about toys marketed to specific genders. There was a huge uproar this past Christmas when Wal-Mart identified their toy aisles as having “Boy Toys” and “Girl Toys” (something that Toys”R”Us has been doing in their Christmas circulars for years). A young girl also petitioned to make easy-bake ovens in gender neutral colors. (The fact that we so strongly identify gender with specific colors annoys the heck out of me too, but that’s a whole other discussion.) There’s even a movement called “Let Toys be Toys.”

So, why am I still getting asked if my child wants a girl toy or a boy toy in the McDonald’s drive-thru? Because in the comfort of our home, my son’s interests cannot be neatly tucked into a masculine blue box. The truth is, not only is he obsessed with Rescue Bots and Transformers, but he’s also watched My Little Pony. He’s seen Frozen and Barbie. Why shouldn’t he be able to choose a brightly colored horse that comes with stickers instead of a cheap-o Hotwheels car without feeling like he’s chosen a gender? Usually I can see which toy my sons want before the cashier asks if they want a boy or girl toy. But this time, it was too late. He heard the distinction over the intercom and was no longer actively choosing a toy. If a faceless voice said there were boy toys, then he wanted a boy toy. He wanted spy gear. I assured him that there are no boy toys or girl toys, just everybody toys. He asked me whether girls could play with spy gear too. I said, “Heck yes, they can!”

Later that week we were playing Rescue Bots and My Little Pony. He told me that the Rescue Bots were there to save the ponies. I, Pinky Pie from Equestria, asked the obnoxious and oh-so-classic feminist question, “Why can’t I just save myself?” He informed me that the ponies couldn’t save themselves “because of the Decepticons.” Ah. Decepticons. Touché.

My husband and I were scoping out martial arts classes for my son, because gymnastics was a bust (which is a whole other gender conundrum). We went to a demo karate class, and things were going great until the instructor asked the class of four- and five-year-olds, “DO WE HIT BOYS AS HARD AS WE WANT?” to which they replied, “YES!”

“DO WE HIT GIRLS AS HARD AS WE WANT?”

Wait, what? HUH? What just happened here? That confused me on so many levels.  The largest student in the class was a young girl, but she was treated more gently by the smaller boys because…she has a vagina? I mean, are we trying to teach young boys about domestic violence in karate class now? Why are we not promoting an even playing field here? Why did the instructor even address it at all?! They’re FIVE YEARS OLD, for goodness sake! It’s martial arts! In self-defense, your attacker isn’t going to go soft on you because you’re a girl. So confused. Just. Can’t. Does not compute. 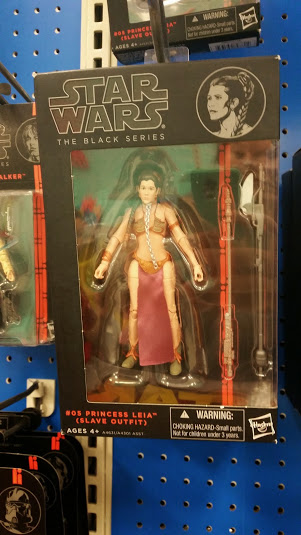 WTH Moment #1: Star Wars brought to you by Target

Star Wars is really having it’s moment in the sun—again. It’s always been really popular, so I guess, in the wise words of LL Cool J, I can’t really call it a comeback because it’s been here for years. It’s back stronger than ever. This toy, however, really got my blood boiling.

My four-year-old loves to peruse the Target aisles just to hold toys.  I never thought I would have to shield his eyes from a Star Wars toy.

Being that I’m a feminist, of course I wanted to see how many versions of Princess Leia figurines existed. I expected to find, to my dismay, a single pistol-toting Princess Leia, complete with cinnabon hair and white dress. (I’m sure those guns have an official name, so to all of the Star Wars lovers, I apologize.) To my disgust, the only option for our boys and girls is none other than the #05 Princess Leia (Slave Outfit). Yes, folks, it literally says “SLAVE OUTFIT,” complete with bikini and NECK CHAIN. But don’t worry: it’s good for ages FOUR AND UP. And yes, my four-year-old asked me what she had around her neck. And sorry, I’m not ready to start a conversation with my four-year-old son about human trafficking or BDSM.

Not only do our young girls have no heroine toy in the entire aisle of Star Wars toys, but the ONLY female option is AN OBJECTIFIED SLAVE. FAIL. Complete and utter FAIL.

I understand that a lot of people probably think I’m reading too much into these things and that it’s not a big deal. But to me, these little drops in the bucket add up, and they make a difference. I also realize that little boys and little girls can be naturally drawn to different things. All I’m saying is that I don’t want any little boy or little girl to decide what they can or can’t do simply because it has a boy or girl sticker on it.[hr]Can’t we do better than this? I think these subtleties are often overlooked but speak volumes to our children. Have you encountered anything like this that just left you scratching your head? 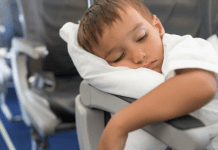 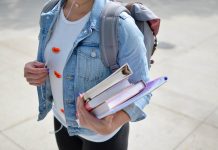 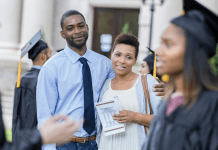