I believe that’s a direct quote from my newly married, easy breezy, childless self, six years ago. “No big deal… Our kids will make a decision about religion when they come of age.” All of those things came out of my mouth at some point before my daughter was born.

But let’s back up a bit further. My husband and I met in graduate school. We dated for a blink of an eye (or eight months) and then became engaged. He was the one I had waited for and, as they say, when you know, you know. Throughout our courtship, however, we had a series of intense conversations about religion. I am a practicing Christian; he is a non-practicing Conservative Jew. My biggest concern at the time was his belief in God. He wasn’t sure he did, but was open to conversation about Him. But, what was always woven through every conversation was that religion was a personal investment and experience. We agreed on that, believed it to our core, and as a result, I did me and he did him. Everything else was of no concern to us. But the truth is, just like with every other life experience, kids change things.

My daughter was born in December of 2011—the second best day of our lives (only to our wedding day), but one that instantly changed everything. Suddenly Santa Claus became a topic. Her first Christmas was stupid big, and even at three weeks, family traditions were thrown into a mix that we had yet to negotiate. My husband and I decorated the tree early, lit the Menorah candles, and set up the nativity scene in perfect timing. Christmas cookies were baked and ready for Santa, and the eight nights of Hanukkah gifts were prepared. (Have I mentioned how expensive it is to conquer both holidays? Eesh!) As far as we were concerned, we were slaying this dual-religion holiday season. Year one was a success. 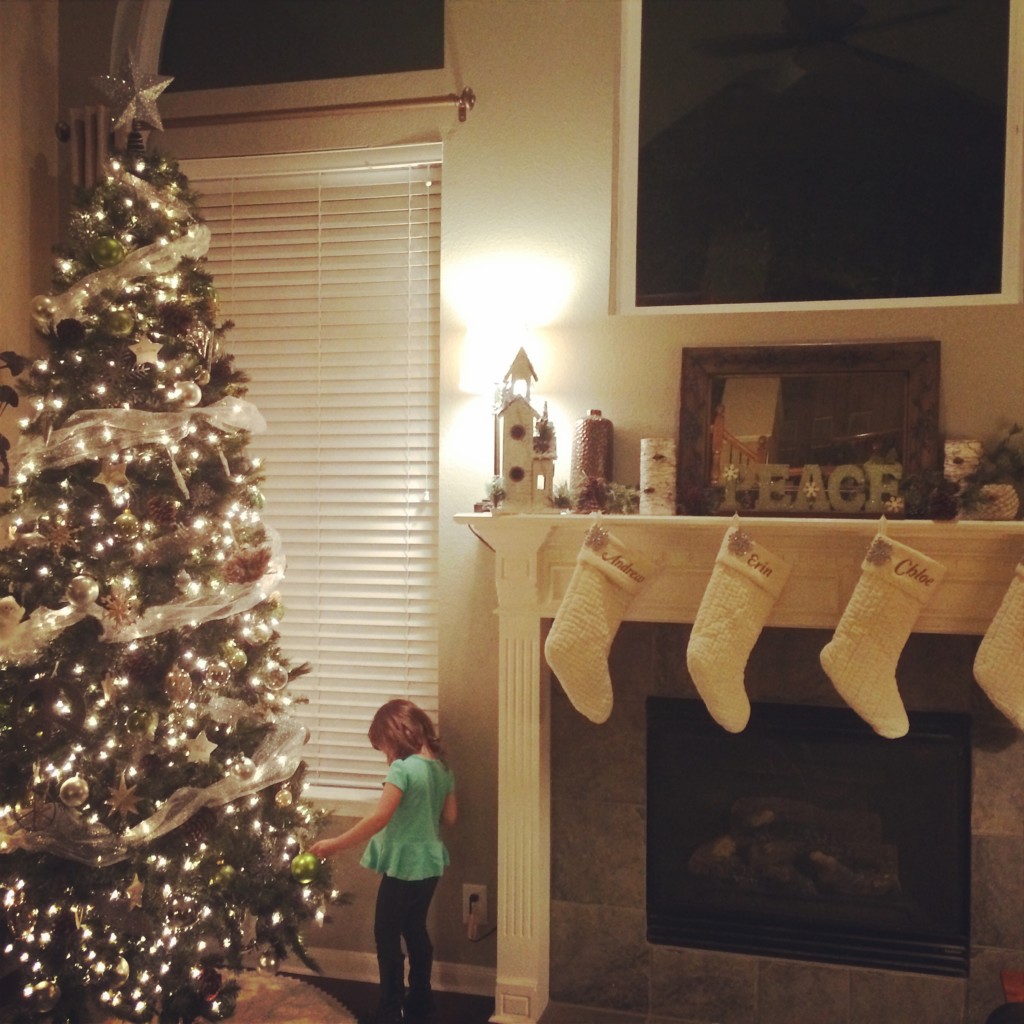 Year two came and went. We were brushing off our shoulders. We should be teaching classes on how to raise dual-religion families. My daughter learned that Santa says, “Ho, ho, ho!” She learned NOT to blow out the candles on the Menorah. She unintentionally hoarded the Hanukkah gelt and put out a plate of carrots covered with glitter for Santa’s Reindeer. Slam dunk. Year three, however, brought changes… 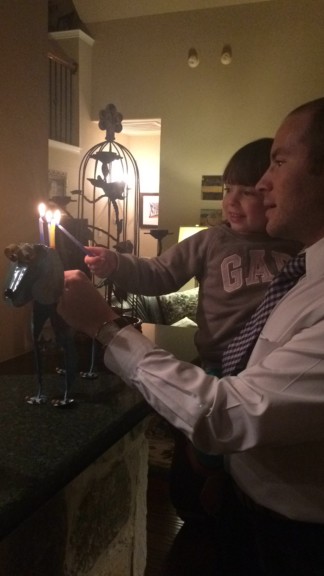 In year three, came questions. Why does one family celebrate Hanukkah, but not the other? Why doesn’t the Easter Bunny visit both houses? We began tackling new questions, and while it wasn’t a big deal yet, we got a small dose of what was on the horizon. I found myself signing my daughter up for Vacation Bible School and attending church more regularly. What felt like out of nowhere, I realized I wanted her to know God more deeply. Attending church and talking about what I believed and felt in my heart meant discussions about Jesus, too. I found that it made my heart happy when she sang “Jesus Loves Me.” It was unexpected, I suppose, but I started to notice. With my husband not pushing for us to attend Jewish services, it widened the gap. I realized during this year, I desperately wanted my children to be raised Christian. Was I breaking our deal? I felt nervous and hypocritical…and excited. My husband and I spoke and, once again and true to form, he supported and agreed with my stance.

I still believe religion is a personal decision. To my core, I believe this. But, it is funny how children change your perspective. Luckily, my husband is on board. I don’t want to push my beliefs on her, but I do want to teach her, guide her in her decision-making. My daughter and I go to church fairly regularly, and he attends with us whenever I request. As my son gets older, we will go as a family. But I’ve got to be honest: It’s hard.

What’s hard is that it’s not just my husband and I making this decision in a bubble; we’ve got family—and a lot of it. (Thankfully, they all rock.) But it does make for an interesting holiday season. Accommodating is the name of the game, but the truth is, it was easier before my daughter started asking questions and requesting we all get up for church on Sunday mornings. I prayed for a spiritual little child, and I got one…and life is oh-so-good. But, I can’t lie and say it doesn’t make me crack a nervous smile sometimes. Why? Because she isn’t aware of the awkward silence when she asks my mother-in-law if she loves Jesus or why she hasn’t decorated for Christmas yet. She doesn’t pick up on the differences between our prayers, just that she’s super thankful for her princesses and the flowers, trees, and plants. She knows we celebrate different holidays but isn’t quite old enough to understand why. These conversations make this mom sweat a bit, because I’m still learning too. So, we continue to discuss and pray and figure things out as we go.

The hard part comes with trying to balance what I want for our kids with what is respectful and meaningful. This is tough stuff, y’all. While religious tradition is not necessarily important to my husband, it is important to me that our children know, respect, and appreciate BOTH families’ traditions. Deep down, I hope my kids love Jesus. There—I said it. And I mean it. But the truth is, I want them to know and love their Jewish roots, too. It is truly a proud parenting moment for me when my daughter gets excited about singing Dayenu at Passover. I want them to be versed in both religions, and I’m hopeful that we can make this happen. Just like everything else associated with raising tiny humans, it’s an uphill battle that I’m finally settling into.

I recognize our reality is different from others’. We are having conversations about Jesus’ crucifixion and sacrifice with an inquisitive five-year-old. My daughter always adds that it’s just like Anna sacrificing herself for Elsa. New Testament, Frozen movie…samesies. We have conversations about Elijah and how no one is really at the door, but we open it anyway. We are doing the best we can every step of the way. The path is crooked, I know, but at the end of the day we’re hoping that we’re raising children with giant hearts—because that’s truly what matters. In the meantime, I’m following my heart and constantly grasping at that mirage in the sand…that thing we call balance. Wish me luck.