Back in 1988, my great-grandmother died and my world became far less wonderful.

Born in 1899, she had been the first of six to a Methodist mother and a Baptist missionary father. They’d traveled Texas and even spent time in Cuba. During the many times she told us stories of Cuba, she’d speak of the young, beautiful women who grabbed fireflies out of the air and stuck a hat pin through them (ouch!). These ladies wore the insects in their hair, their locks blinking with the “beautiful” glow of the fireflies’ light.

She could easily start with some simple tale, but by the time she was done, you’d have been transported to another time and place. The easy cadence of her words flowed freely and sounded like music to my young ears. She had been a major influence in my life, and my heart hurt when she had to leave us.

As we went through her things, we discovered she’d done something truly horrible. She’d torn her face out of all her pictures.

I remember when we found the first box of photos and initially, I thought it had been an accident. But the more we found, the more we realized she’d purposely torn her face out. We all looked at each other and through frustrated laughter, attempted to find any photos she’d left alone.

Out of all her photos, she’d torn out her face. Her beautiful, smiling, lovely face. The same smile and eyes as my brothers, my father, myself—gone.

We knew that she hadn’t liked her picture taken, but we had no idea how much she hated it. How much she’d criticized herself for not being what she considered worthy of a photo.

Thankfully, we’d taken plenty of pictures that she hadn’t gotten her hands on, but in writing this, I realized I’m just as guilty of her mentality.

Why? Why do we not consider ourselves worthy of a photo? of holding on to a moment, a bit of laughter, a piece of history?

Here’s my nugget of advice to all of you beautiful, gorgeous moms out there: Put your hand down and get in the picture.

Make it your goal for 2019 to get back in front of the camera. Get those photos taken of yourself. Capture a moment and have fun. Whatever you do, don’t take your face out of the frame.

One day, someone is going to see you, and it’s going to mean the world to them. 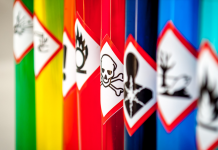 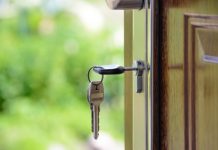 A Love Letter To Our First Family Home on Closing Day 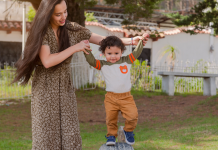 You Are A Better Mom Than You Think, Even If Quarantine Had You Thinking Differently / Eres una mejor mamá de lo...