If you know the name Aquarena Springs or Ralph the Swimming Pig, you’ve been around the Austin-San Antonio area for a while and remember the billboard and ads that used to tout Ralph’s water skills and the fun you could have in San Marcos’ unique amusement park. Sound like something you should check out with your kids? It is! You won’t see a swimming pig these days, but don’t worry—there’s still fun to be had at the former home of Aquarena Springs in San Marcos.

Now owned by Texas State University and known as The Meadows Center for Water and the Environment, what was an amusement park is now a terrific place to explore nature and spend some time getting to know a few endangered creatures unlike any you’ve seen crawling around your typical lake.

For decades, Aquarena Springs was an amusement park that showed off the rich abundance of nature in the San Marcos area, with many sideshow oddities like Ralph and “mermaids” who would have underwater picnics in the clear waters of Spring Lake. There was even an underwater wedding at some point, and some clowns and “witch doctors” that would perform in shows you could watch in a “submarine theater” underwater.

With glass-bottom boats, the submarine theater, odd exhibits, rides, and live shows, Aquarena Springs was a tourist attraction that heavily advertised in the Austin and San Antonio areas, so billboards of Ralph were everywhere. Ralph (who was actually a series of pigs over time) and his “aqua maid” friends took their last dives in 1996 after Texas State University acquired the park in 1994 and decided to convert it to an educational center. To restore the area to its natural state, the university removed much of the theme park, including the submarine theater, which took a crane so large it had to be trucked in on 36 trailers—I imagine our little construction fan would love to have seen that!

While you won’t see Ralph anymore, Spring Lake (the headwaters of the San Marcos River) and its namesake springs are home to endangered species of fish, insects, a salamander, and wild rice found nowhere else on Earth. And that’s what makes it a must-do destination for our little nature lover. Time and time again—we’ve been in spring, summer, winter and fall—we always find something new to see and enjoy. One of the hallmarks of Aquarena Springs still remains: the glass-bottom boat tours run daily every half-hour and are something we enjoy every time we go.

The Meadows Center works to develop and promote programs and techniques for ensuring sustainable water resources for human needs, ecosystem health, and economic development. Housed in what was once a hotel overlooking Spring Lake, the center includes aquariums and educational displays on its first floor. You can also go up to the roof for a great view of the area, a cool way to see how truly clear the lake is. Even from up three stories up, you can easily spot turtles and fish as they swim by.

The aquariums feature many of the species found in the lake and give you a glimpse of how unique they are. For instance, the San Marcos salamanders look squashed in their tank, but the beads in the tank actually simulate their natural environment in Spring Lake. That’s right—they like being squished into tiny spaces. Searching the tank to see how many salamanders you can count is entertaining, and the touch screen displays include educational information about each of the species. For instance, the blind salamander—an odd, eyeless, albino-looking little guy who was featured in the inaugural class of endangered species protected by the U.S. government—has been on the endangered species list since 1967.

Another aquarium includes examples of the turtles found in Spring Lake, including the Red Eared Slider and Texas River Cooter (no, I did not make up its name!), which helps kids identify what they’re looking at when they see turtles swimming or sunning themselves on logs around the lake. Spring Lake is so clear that it’s almost impossible not to see turtles of all sizes, and we like to see if we can remember which is which as we explore.

A recent addition to The Meadows Center is an augmented reality sandbox. Sound too high-tech for a sandbox? It is! And I have to admit, I enjoyed playing with it as much as Little did. You can create 3D terrain maps just by playing in the sand and watching the color shift to show how water flows through the terrain you created. How does this work? A camera installed above the sandbox senses the distance between it and the sand surface, and then uses the information to project a digital elevation color ramp back onto the sand surface. So as you drag your finger through the sand, the channel you made becomes blue as it “fills” with water. We had so much fun playing with the sand to see how many different ways we could alter the “water” path that we almost forgot about the boat tour!

More tactile fun for little hands is found in a bookshelf filled with artifacts—and yes, you’re more than welcome to play with them all. From fossils to feathers, kids can explore snake skins, wasp nests, shells and bones. There are even boxes that invite you to stick your hand in and guess what’s inside—be it a turtle shell or fossilized rock—and when you open the box, there’s educational information about your findings.

As much as we enjoy the indoor displays, the centerpiece of every visit is a glass-bottom boat tour. The tours are a rare opportunity to glimpse underwater life from a different perspective. The boats were introduced in 1946, and the current fleet includes a boat from 1948, though you’d never know it, as they are so well-maintained. If you want to know the age of the boat you’re on, each includes the year it was built on its hull, so feel free to ask any of the guides about the history of your boat.

Every tour is a little different—you never know which wild creatures will make an appearance—but the tour guides (usually Texas State University students) offer a great array of historical, geographical, and biological information about the lake and its inhabitants. So while Little is soaking in the fun of looking for turtles and Spotted Gar (our latest visit featured three of these—quite a find, as they like to burrow and hide), the adults enjoy learning more about the area. Archaeological research in and around the San Marcos Springs has revealed evidence for “prehistoric occupation” dating back to more than 13,500 years ago. In other words, people have been around the springs for a REALLY long time—so long, in fact, it’s considered one of the oldest continuously inhabited sites in North America, probably due in no small part to the constant supply of fresh water.

Spring Lake came by its name honestly—more than 1,000 springs bubble up from the Edwards Aquifer and discharge an average of 123 million gallons of water daily. So the water in the lake is just as clean as the water flowing from the faucet in your home: the Edwards Aquifer, after all, is the source of San Antonio’s water. And so much water flows from the springs that there’s no stagnant water in the lake, meaning you could drink right up if you felt like slurping along with the turtles. However, the lake has been federally protected since 1969, and no swimming or fishing is allowed, so I’d suggest you stay out of the water.

After the tour, enjoy a walk around the lake—and don’t miss out on the Wetlands Boardwalk, a 0.1-mile boardwalk that winds through a wetland habitat. We always see interesting creatures like turtles, frogs, and all sorts of birds, as well as what seems like a million dragonflies darting around. Little also loves the displays at the entrance to the boardwalk, including turtle eggs, shells, and skeletons.

For some great photos of all that you can enjoy, check out the center’s photo gallery. The center is open from 9:30 A.M.–6:00 P.M. daily, and the last boat tour departs 30 minutes before closing. Thirty-minute glass-bottom boat tours are $9.75 for adults, $8 for seniors (62 and up), $6 for children ages 3–12, and free for those 2 and under. (Insider tip: check Groupon before you go. Ticket deals for the boat tours are often featured.) There’s also a new combination tour featuring the glass-bottom boat ride and a 30-minute guided tour of the lake’s Wetland Boardwalk. We haven’t taken the tour yet, but it’s on the list for our next visit. They’ve also added glass-bottom kayak tours, which sound terrific, but our Little isn’t ready to paddle yet (no matter what he says).

The Meadows Center is located off of IH-35 at exit 206, where you can follow the signs to 201 San Marcos Springs Drive. There’s no charge to explore the grounds and see the aquarium displays. Picnicking is allowed, and shaded tables are spread throughout the park. Parking is $3 on weekdays and payable at a parking kiosk in the lot; there is no parking charge on weekends. For more details—and great directions to help guide you to all of the fun—scroll down to the directions and parking information found here. 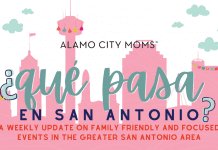 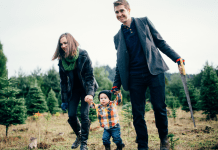