We just wrapped up Fiesta and the commemorative week of our big 300th birthday. (San Antonio looks really good for 300, don’t you think??) But San Antonio is a city that loves to celebrate, and May is National Military Appreciation Month. What does that mean? An opportunity for your family to celebrate, have fun, and delight in the Armed Forces River Parade. 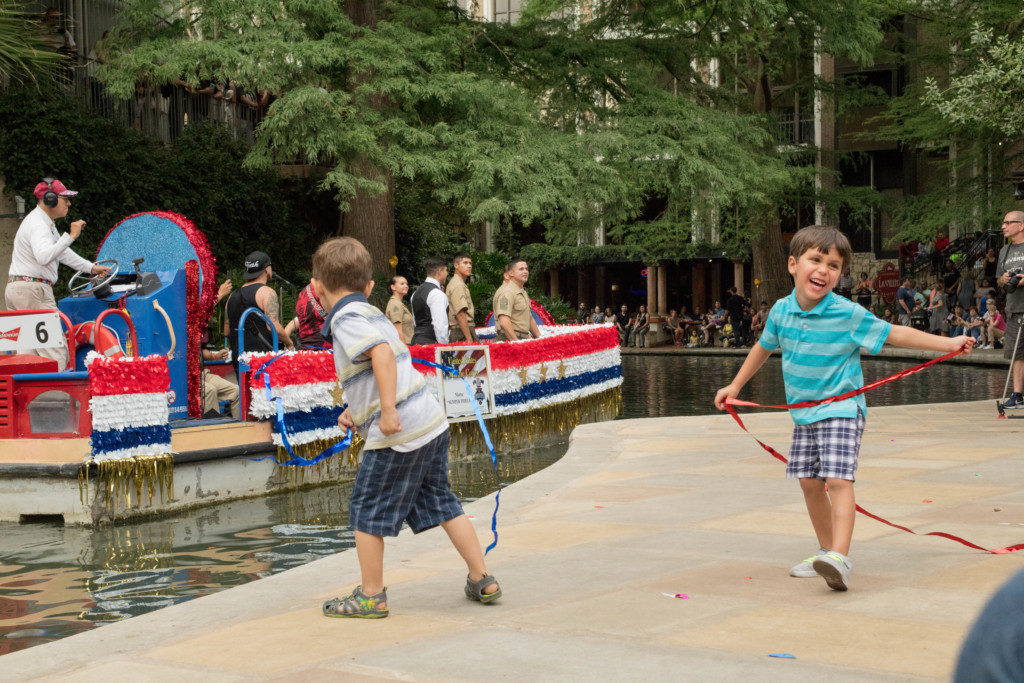 Not many cities can offer river parades. And no one does it better than San Antonio. Sitting on the banks of the River Walk, watching decked-out river boats go by, is something not to missed. The Armed Forces River Parade floats along on Saturday, May 19th—Armed Forces Day, of course—with 26 star-spangled floats carrying representatives of all five branches of the U.S. military. The parade floats play patriotic and America-themed rock music as they wind their way through the 2.5-mile downtown parade route along the River Walk. And when the floats go through the Arneson River Theatre, onstage entertainment will serenade them.

Red, white, and blue pageantry, including cool uniforms that never fail to delight the littles? Yes! And better yet? It’s all free.

Yes, I said FREE! Unlike some of the other river parades, you don’t have to purchase seats to see the show. As a matter of fact, you’re welcome to bring folding chairs and sit along the parade route. Just don’t block pedestrian traffic, and come out early to secure a good spot. You can see the parade for free from anywhere downtown along the River, but you can also make a reservation at your favorite River Walk eatery so you can dine and drink outside while enjoying the parade. (Entertainment for the kids and food and drinks for adults? Score!) The parade starts at 6:00 P.M. and is approximately one hour long.

The Armed Forces River Parade is one of the largest parades on the River Walk. Surprised? I was too. You see, there’s so much hype/interest in the other fabulous river parades that I think this one gets lost in the shuffle. And that’s a shame. 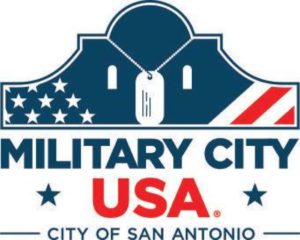 But let me guess: you’re worried about parking downtown or navigating the River Walk with kids, strollers, etc. in tow, dealing with crowds, etc., right? Don’t be. The parade crowd is very family-friendly, and parking is available. If you don’t find a city lot, there are private lot options, too. Paying for parking used to bother me, but honestly, we attend so many terrific free events in San Antonio that we’ve come to just think of parking as how we “pay to play.” It’s more than worth it to get out and explore, see something new, and enjoy everything downtown has to offer, like fantastic parades.

Tip for military families: if you don’t want to park and drive to hit the parade, free shuttle service is being provided by the USO for military personnel and their families from both Lackland Air Force Base and Fort Sam Houston to the USO located on the River Walk, so there’s no reason not to head down and honor your military members with a fun evening on the River Walk! 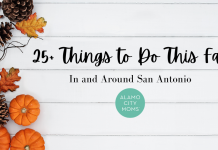 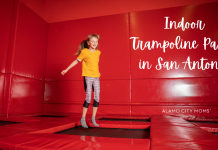 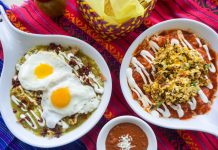