As a Mexican-American born and raised in San Antonio, the week-long exercise known as Fiesta® has been part of my life since I was born. As a kid, my family attended the Battle of Flowers Parade religiously, and when my dad and stepmom bought a house in King William while I was still in elementary school, we got to see the King William Fair grow from a tiny little arts fest into one of the most popular (and crowded) events for families and singles alike.

Whether you are a Latino kid living on the West Side or a member of King Antonio’s Court, one thing is certain: Fiesta brings out San Antonio pride, strengthening our identity and sense of community as we smash cascarones on each other, watch the Battle of Flowers, and scarf down chicken-on-a-stick. Students march in parades and participate in battle of the bands, local nonprofits gain awareness and funding, and the traditions that we pass on (good and bad) are all part of the fun.

Most San Antonians know that Fiesta is a 10-day celebration boasting more than 100 official events that feature music, food, pageantry, and parades. But have you ever wondered why on earth there is an “Order of the Alamo” and a couple dozen duchesses who are crowned in an annual “Coronation”? For a quick but informative run-down of the event’s history, Wikipedia does not disappoint. For a more formal narrative, visit the official Fiesta San Antonio website and dive on in.

But let’s cut to the chase. Fiesta is a boatload of fun, one of my favorite times of year, but to pretend it doesn’t have an “us and them” feel would be to ignore one of the most glaring contrasts that our city serves up on a platter every year. I grew up in Alamo Heights for my formative years, and could always count on one thing in the weeks leading up to Fiesta: a visit from King Antonio and his Court and a new, free, shiny medal in my pocket. Who were these glitzy people who marched into our world? With a name like King Antonio, he must be really important, my second-grade self thought. He must be the most important person in all of San Antonio!

It wasn’t until I was in middle school, when my dad decided to run for El Rey Feo (translation: “the Ugly King”) that I got a little more curious about what all this pomp and circumstance was about. What was the deal with two Courts? And why was one all Anglo and the other mostly Hispanic?

“San Antonio is a majority Latino city,” my dad explained. “After a while we Mexican-Americans got a little tired of the official king always being Anglo, and we decided we’d crown one of our own. Not only would we poke a little fun at the whole thing, we’d do good at the same time, donating money raised to the LULAC scholarship fund. So El Rey Feo was born, and while anyone could throw his hat in the ring, it would be the person who raised the most money for scholarships who would actually be crowned King.”

My dad didn’t win the first year he ran—that feat goes to Johnny Gabriel, who blew the previous fundraising record out of the water. But the following year Dad got his turn, and my seventh-grade self was introduced to motorized escorts (for fake royalty…really?), lavish parties, a week’s stay at a penthouse hotel downtown, and other over-the-top fun. What a spectacle! Oh, and I mustn’t fail to mention the icing on the cake—my father and his entire Court coming to my school, barging into my reading classroom, and announcing that I was “Princess Cristina” while he pinned one of his ubiquitous medals on my blouse. You better believe I got teased for that one for a while.

According to the official Fiesta website, “The emergence of two Fiesta kings built a bridge between both of the city’s major cultures. Both kings visit hospitals, schools, and nursing homes in addition to making their appearance at Fiesta events.” Indeed, both courts seem to be running full steam ahead these days, spreading Fiesta cheer as they parade around town with their entourages.

Side note: In its 100 plus-year history, there has only been one Latino King Antonio, and that didn’t happen until last year. As a San Antonio Express-News article pointed out, “Consider that it has taken nearly a century for a Latino—specifically, Dr. Michael Casillas—to rise to a post named ‘Antonio,’ Spanish for Anthony, in a predominantly Mexican-American city where Native American groups have lived for more than 10,000 years, followed by newcomers such as Spanish missionaries, Tejano and Mexican soldier-settlers, and Canary Islanders. The first Latino King Antonio is a very big deal for San Antonio historically, sociologically, socioeconomically, culturally, and politically. It says a lot about the men who elected him and for San Antonio’s future in the third millennium.”

Not too long ago my daughter attended a Girl Scouts camp at the local facility located deep on the West Side. Parents could choose to have their kids bused from a location on the North Side or drop them off at the actual facility. An Anglo friend whom I consider to be extremely progressive and culturally sensitive and aware went to pick up her child at the camp, and I could tell it was like a field trip to a foreign country for her. She had never driven through this part of town before, never explored the taquerias and parks and other treasures of the West Side. Her comments made it clear that this was a truly eye-opening experience, and it reminded me that my geographic and socioeconomic mobility is not the norm in this city.

What does this have to do with Fiesta, you may be wondering? The divide between the haves and the have-nots is magnified during Fiesta. King Antonio and his Court are predominantly Anglo, while the city is over two-thirds Latino and continues to be one of the most economically and racially segregated cities in the U.S. The poorest neighborhoods are almost entirely Latino or African American, while the wealthiest neighborhoods skew Caucasian. As a middle class, educated Latina, I have the luxury of moving effortlessly between these neighborhoods and observing the striking differences. Honestly, though, I often feel a little conflicted during Fiesta.

On one hand, isn’t it great that, in addition to an excuse to party for a week-and-a-half, Fiesta raises money for worthy causes around town? Maybe that’s the trade-off. The wealthy get to dress up and feel even more special and important, and kids get scholarships, special needs education receives funding, history is preserved, and money is raised for medicine and the arts. You know what? I’ll take it. But I’ll also be the first to point out the irony of being so openly lavish to help those in need. While it was fun being treated like royalty as a tween, it was always abundantly clear to me that this wasn’t real life—and that some of the Fiesta VIPs seemed to take themselves way too seriously. Which brings me to an obvious question: when is someone going to make a reality show about all this and cash in on the crazy?

As a parent and native San Antonian, I enjoy making Fiesta a fun family affair as much as the next person. I try to give my kids a diverse range of experiences and teach them the history of this citywide party. From parade watching with the masses to trips to El Mercado, King William Fair, and the Charreada, the Noriegas love to don our flower crowns, listen to mariachi music, eat fried food, and take our chances on suspect-looking carnival rides.

Nevertheless, even while I’m having a blast with a margarita in one hand and a mayonesa-smothered elote in the other, the very real contrasts remain ever-present. Perhaps that’s why my husband and I are especially big fans of the Cornynation, as it routinely proves that Latinos are not the only group to poke fun at the traditional Fiesta Royalty—the LGBTQ population nails it better than anyone. It feels pretty good to have permission to laugh out loud at the ridiculousness of it all.

If you love Fiesta as much as I do and are in search of expanding your horizons a bit, perhaps this year plan your schedule a little differently. Scope out the list of official events and dare to experiment outside your comfort zone. If you want to dig deeper into true Chicano culture, stop by Piñatas en el Barrio at the Guadalupe Theatre or dance your heart away at Tejano Explosion. For a beautiful and authentic show, close out with Fiesta at the Charreada. I can tell you from personal experience, Fiesta is a lot more fun and interesting when you take the time to try something new and different each time; don’t worry—your tried-and-true favorites will still be there to welcome you with open arms. 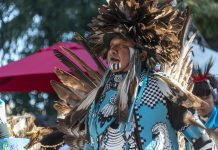 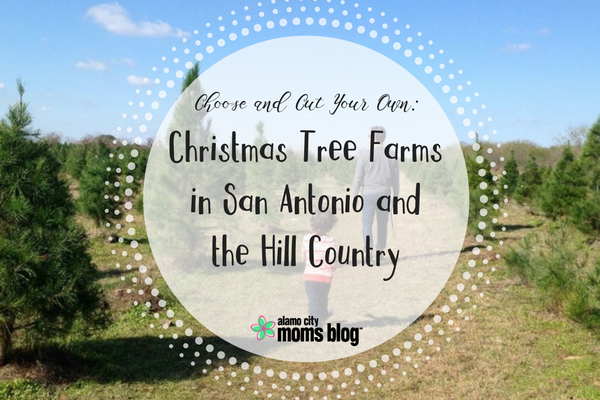