On August 11, San Antonio police said an apparent road-rage shooting took place between drivers on East Houston Street and Loop 410. Police said one driver shot at another in a black Cadillac. The victim was hit in the shoulder but still managed to follow the suspect to the southeast side of the city, near Pecan Valley and Goliad, where police took the suspect into custody.

On June 9, police said a 31-year-old suspect told officers he was leaving the Walmart parking lot in the 11300 block of Potranco Road when someone pulled out and cut him off.
He told police he followed the man, identified as 63-year-old Zoltan Varga, to a nearby convenience store and shot Varga because he pointed a gun at him first, claiming self-defense. Varga suffered multiple gunshot wounds and was airlifted to a hospital, where he died.

On April 10, police said one woman died and a teen girl was injured when unidentified suspects opened fire on their car.

Every time I read about these incidents, which seem to occur so frequently, it makes me shudder and sends a shiver down my spine. This isn’t a random act that can never happen to me. Every time we step out of the house, we run the risk of running into adverse events like these.

What is road rage?

Road rage is violent anger caused by the stress and frustration involved in driving a motor vehicle in difficult conditions. The keyword here is “violent.” It often causes a driver to make decisions they would not make otherwise.

Some common road rage responses include honking, flashing lights, shouting, and gesturing with hands. Escalating responses include tailgating, intentionally slamming the brakes ahead of a vehicle, bumping a car from behind, and, in some instances, even trying to run the car off the road! A significantly high number of cases involve a gun, and that takes the threat to a different level.

What causes an otherwise normal person to lose their cool and step into this adverse phase?

When other motorists speed, tailgate, or change lanes without turn signals, nearby drivers are thrown into a stressful situation, forcing them to slam on their brakes and sometimes pushing them down the negative path of road rage.

Why do we speed? How can we avoid it?

The speed limit has been established for a reason. It is the maximum speed limit—not the minimum speed limit! Every driver has a number in their head that they want to get to with regards to the speed limit—either stay just under, stay at the speed limit, go five mph over, or go ten mph over. For a person who wants to go ten mph over (not recommended), they may want to get to 70 on a 60 mph road (most of I-410). If 70 is their happy number on a 60 mph road, it becomes 80 on a 70 mph road (most of I-10). If we take a step back and look, this driver would love to drive 60 mph endlessly if the road was marked at 50 mph. But 60 mph on a road marked 70 mph seems too slow. So, it isn’t what speed you like to drive as much as it is the psychology of wanting to get to some number with respect to the speed limit. It’s almost like a game we want to play with the posted speed limit. I think if we can internalize this concept, we will not let the “game” rule us.

Often people are running late and try to catch up by speeding. We blame the traffic when we are late to school or work. How often do we see other drivers putting on makeup while driving?! I give myself enough time to account for the unknown. It’s OK to be early to work! This will immediately cut down on the stress level while driving. Driving doesn’t need to be only to get from Point A to Point B, it can be a relaxing experience—something we don’t always get in the daily grind of life.

Bluetooth is great, and if we decide to speak with someone over the phone while driving, this hands-free approach is optimal. Texting is not a good idea, though. Just like the inebriated person thinks he/she can drive safely, the rest of the drivers on the road can notice the distinct swaying of the car. In fact, the main causes of car/truck swaying are texting, drunkenness, and sleepy drivers!

Use caution to prevent others from being forced to slam on their brakes.

Causing people to slam on their brakes takes them out of a relaxed mindset and puts them in an aggressive mindset. This may happen due to several reasons.

Changing to a lane that has a fast-approaching car causes the driver of the other car to slam on their brakes. I change lanes only if I think there’s sufficient space and I can transition over without making the other person hit their brakes.

Once I change lanes—especially to the left-most lane—I try to maintain a good speed. If I slow down traffic, I may be subjected to aggressiveness on the road.

Folks in the left-most lane or the only lane have a responsibility. I use it for passing as much as I can. Once I’ve passed a vehicle, I move to a lane on the right. The left lane is best left free for faster driving motorists. If it’s a single lane, I try to speed up a bit to make sure the car behind me is a safe distance away. I may even pull over to let them pass through before continuing on. I don’t let my ego get in the way.

If I’m planning to turn at some point, I give the turn signal ahead of time so the motorist behind me has time to change lanes and can maintain speed. If a driver brakes and then turns on their turn signal just before making the turn, the driver behind them may get frustrated.

Be the Zen on the road!

The other way psychology influences us on the road is the personality we mentally assign to other vehicles. We don’t think of the person inside, we get annoyed at the car. If we were to drive next to the car and look inside, our perspective may change. Our anger level towards a fellow human will be much lower than against a car!

One other exercise I do on the road that helps me stay calm is to imagine other drivers on the road as my family and friends. If I’m unhappy about how slow the person ahead of me is driving, will I retain the same unhappiness if the driver were my father or mother? Maybe not. If I see someone driving really fast, would I not be more understanding if that person were my son or daughter?

Life is beautiful. While it throws in the occasional grief, the longer you live the more treasures you’ll collect for your mind. Let’s not fritter it away in a moment of rage. Let’s use the principles of defensive driving and be safe for ourselves and all our family and friends on the roads. Drive safe, San Antonio! 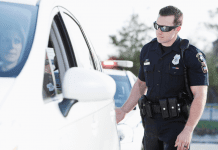 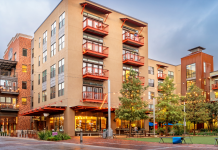