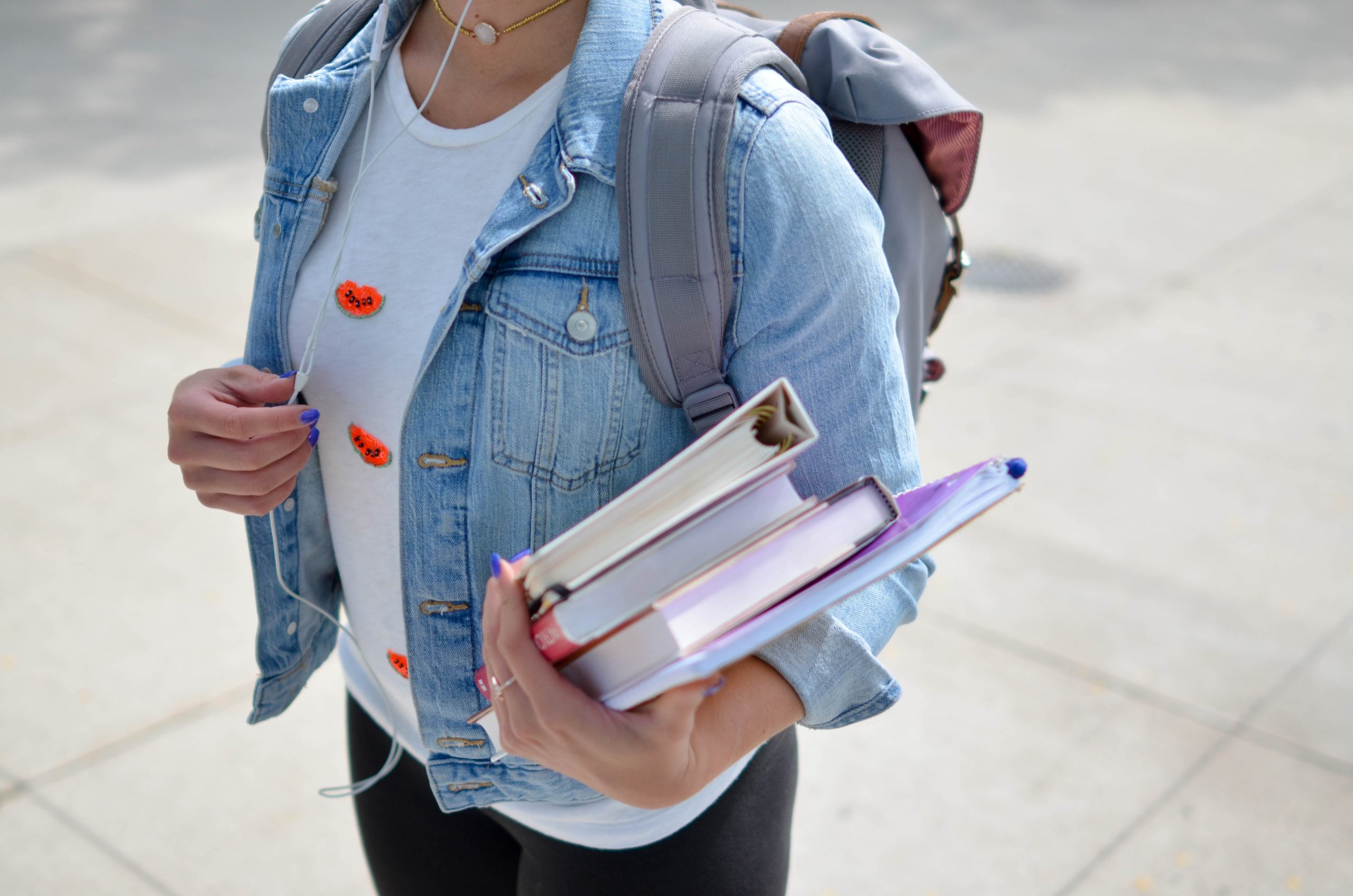 Will her teachers bother to get to know her or will she just be another student ID number?

Will she make friends?

Will other kids be a bad influence on her?

Will she have fun?

Will she be able to find the bathrooms?

Now that freshman year is behind us, I can safely tell you that she had a wonderful ninth-grade year. Perhaps I didn’t give her enough credit heading into high school, but she found her way, she found her “tribe,” and she thrived in the high school environment. I also learned a few things about making the transition from middle school to high school. Here’s what I learned:

Sports, band, journalism, robotics—literally anything that will help your kid find their niche in a big school is key. My kid is in the band and, thankfully, summer band camp started for her the last week of July before her freshman year even began. She was super nervous about it, as was I. I knew that it would be physically grueling (Um, marching in the parking lot in the middle of summer in South Texas?) as well as socially awkward, since she only knew one other kid in her section of the band. The blessing in all of this is that she had a month and a half of band under her belt before classes even began. During that time at band camp, she made friends, acquaintances, and even just came to recognize some familiar faces that she would end up passing in the hallways of her giant high school once school started. She belonged somewhere and had hundreds of fellow students that belonged to the same “club.” She was also familiar with the layout of the campus, due to spending so much time there before school started. This was key to taking the stress out of her first day of classes.

Parents, Cut That Cord (Sort of)

Maybe you got a little taste of independence in middle school, but once high school rolls around, 99.9% of schoolwork responsibility falls directly into your kids’ laps. You likely won’t hear a lot from their teachers and their teachers probably don’t really want to hear from you either. If your kid is having problems in a class, it is very much expected that they will meet with their teacher about it. So, while you can still obsessively check their grades online, back off a little and let them navigate their way through getting their work done and dealing with their teachers. This will only serve to set them up for success in college or in the workforce down the road.

Your student will have the option to take AP (Advanced Placement) classes in high school. These classes usually require more writing, reading, and a quicker pace of instruction. High school can be a busy time—especially with extracurriculars—so think through how much time or stress your teen can commit to taking higher-intensity classes. Also, your student doesn’t have to take all Pre-AP classes. If he or she loves English but struggles with math, don’t feel like they need to take both classes as Pre-AP. Pre-AP classes probably look good on a college or job application, but if your student can’t pass because it’s too difficult, well, that’s not helpful. In the grand scheme of things, Pre-AP classes shouldn’t be an extra burden, but only offer a challenge for students who can handle it.

Reach Out to Other High School Students

If you have friends, neighbors, etc., who have high school students too, reach out to them to pick their brains and get some insider tips. Find out about what the teachers are like, what the culture is like, and what activities are available.

Don’t Be Scared of the Upperclassmen

When I told my daughter I was thinking about writing this post, I asked for her number one piece of advice and this was what she had to say: “Don’t be scared of the upperclassmen. They’re just like you and were freshmen just a few years ago themselves.”

I will admit, the idea of sending my kid to a giant campus with upperclassmen, some of whom are already driving, voting, facial-hair-having adults, was daunting. But, thanks in large part to the band, she made friends with many kids older than her and they have been such a blessing.

High school kids can be scary, and being the parent of one is even scarier. But, most of these kids are leaders and good to the core. My daughter learned quickly to respect the upperclassmen, but to also turn to them for help or advice. As a result, she made some wonderful friends with older kids that she ordinarily might not have been in the same orbit as. These kids turned out to be dear friends to her and made her freshman year successful and fun.