If you looked inside my purse a few months ago, you would’ve found a baggie with a penny taped to a popsicle stick, a button hanging from some yarn, and a bunch of other strange objects. These were all things my son used during his myofunctional therapy sessions.

When my son was in first grade, his dentist recommended a frenectomy to release his not-too-bad tongue tie that was starting to interfere with his breathing. We reviewed the pros and cons of releasing a tongue tie in an older child, and decided to go ahead with it. After the procedure was done, we were given some care instructions and most importantly, a list of mouth exercises to help his tongue to adjust to its new freedom. But, of course, I had him do the exercises for about three days and then forgot all about it. After some time, we realized he was still a mouth breather, and his orthodontist noted his tongue was pushing out his teeth. 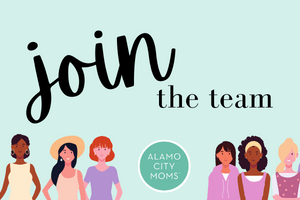 That’s when I was told he needed to see a myofunctional therapist.

“A what?” I told the doctor.
“Myofunctional therapist, they’ll teach him how to control his tongue.”

At first I was reluctant. But after meeting Catherine Starnes from Tongue Twisters, I understood the impact it would have on my son’s health. Catherine is now answering some of the most common questions about myofunctional therapy.

Alamo City Moms: What is myofunctional therapy?
Catherine Starnes: Myofunctional therapy is the reeducation of the muscles of the lips, throat, tongue, and face, and it is used to correct the improper function of the tongue and facial muscles, as said by Soroush Zaghi, ENT. This therapy has been around for over 100 years, but has become more popular in recent years as dentists and speech-language pathologists see the impact it has on treatment.

ACM: How does myofunctional therapy work?
CS: What it does is basically reeducate the muscles by following an individualized regimen of exercises designed to correct tongue position and muscle function, for example, a tongue thrust, also known as infantile swallow.

ACM: Why do we need myofunctional therapy?
CS: There are as many answers to this question as there are people! If you have been assessed for OMDs* by a myofunctional therapist  and have had one or more identified, then you should benefit from it. Dentists, dental hygienists, and ENTs can determine the need for it too.
*Orofacial Myofunctional Disorders are various abnormal movement patterns of the face and mouth, and associated structures.

ACM: What are the benefits of myofunctional therapy?
CS: The benefits are many! Some of the more common are correction of tongue thrust, abnormal chewing, swallowing patterns, low tongue posture, mouth breathing, open mouth rest posture, TMJ pain, facial pain, and headaches; as well as improvement in mild to moderate obstructive sleep apnea.

ACM: Who can benefit from this therapy?
CS: Myofunctional therapy is helpful at every age. Some myofunctional therapists can work with infants, but most begin therapy at around age 5 and see clients all the way into their 80s!

ACM: How long are sessions and treatment?
CS: Length of the sessions varies among practitioners, mine are about 30 minutes long. The number of sessions varies and depends on the ability of the client to perform the exercises correctly and consistently and on the number of OMDs being addressed. I would expect a minimum of about a dozen sessions with the understanding that the therapist cannot predict how many sessions it will take.

ACM: What changes can a person experience after completion of therapy?
CS: People report many improvements from better sleep to less pain, to orthodontic improvements, and more.

ACM: What is the ultimate goal of myofunctional therapy?
CS: There are three primary goals for myofunctional therapy:
1. Tongue on the spot unless chewing or speaking.
2. Lips together 24/7 except when eating, speaking, or when sick.
3. Nasal breathing 24/7 (unless sick and congested.)

From Catherine I learned that the idea of correcting a tongue tie is not new at all, turns out that midwives used to keep a long pinkie finger nail just for that purpose. When babies were born, they would sweep under the tongue with that nail to cut the lingual frenum. This could be a life saving procedure because if a baby couldn’t nurse, it would starve.

Now we know how an untreated tongue tie influences many other things besides breast feeding including facial development, airway development, and the potential for postural problems, obstructive sleep apnea, orthodontic problems, TMJ problems, and many other issues.

If you’ve been recommended myofunctional therapy, I encourage you to give it a try. I am happy to share that my son has successfully completed his treatment, he has stopped being a mouth breather, sleeps better, and can now swallow without pushing his teeth. But I must say that his favorite personal achievement, was to learn how to do a taco tongue.

I would like to thank Catherine Starnes for her time and sharing her knowledge with us. 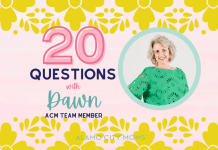 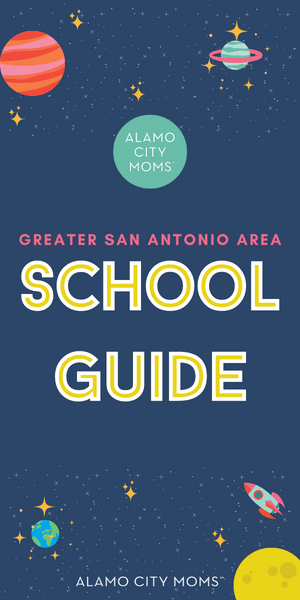